Vostu hits Zynga with a countersuit 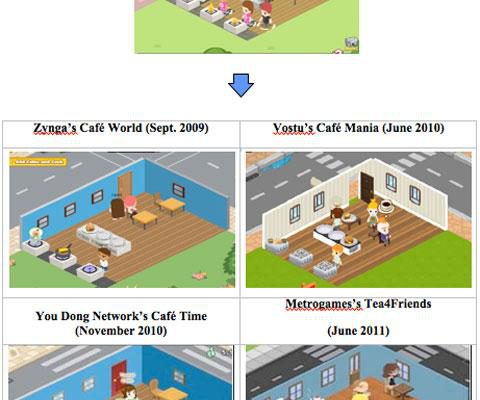 In June Zynga sued Vostu for copyright infringement, claiming that the developer’s game Megacity was just a little too similar to CityVille. Now Vostu is countersuing, and claiming that Zynga attempted to enter into some sort of partnership or possibly acquire the developer prior to launching the original lawsuit.

The crux of Vostu’s countersuit, according to the New York Times, is that Zynga can’t claim copyright ownership over designs of real world items found in a game like Megacity. And not only that, as is well known in the games industry, Zynga itself is guilty of copying designs from other games. Case in point, Vostu provided the image below, which shows screenshots from Zynga’s Cafe World along withTea4Friends, Cafe Mania, and Cafe Time, all of which were released after Playfish’s Restaurant City. Without the labels it’s hard to tell one game from the next. 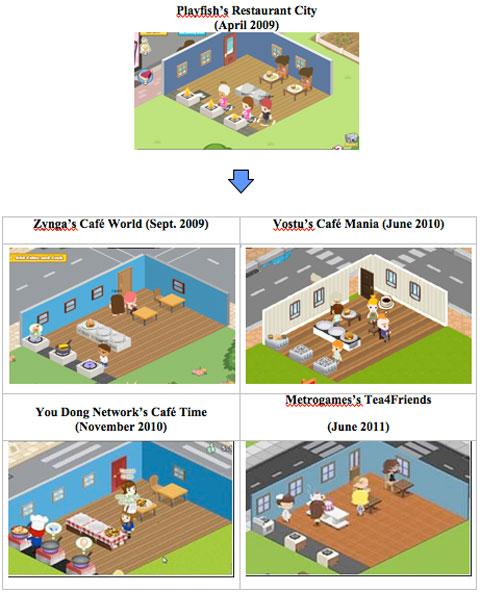 More interestingly though, the suit also claims that Zynga attempted to enter into some sort of partnership with Vostu, which, while not yet huge on Facebook, has a very large presence in Latina America, primarily in Brazil where it boasts more than 35 million monthly active users on social networks like Orkut. The suit claims that Zynga approached Vostu “under the guise of starting a strategic relationship to learn about the Brazilian social gaming market,” before going ahead and using the information it learned from Vostu to release its own games in Brazil.

The story is eerily familiar to that presented in a lawsuit by myFarm developer SocialApps, which claimed that Zynga inquired about purchasing the source code for myFarm, before going ahead and using it to create FarmVille without compensating SocialApps.