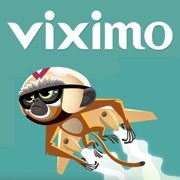 Viximo has announced that they’ve entered into a partnership with social games company Gaia Interactive which will allow for the creation and distribution of Viximo games on the Gaia Online network. The news gets better for Viximo, as they’ve also secured the rights to distribute Gaia’s Monster Galaxy title across their own network of social sites. The move will allow Viximo access to a userbase of roughly 170 million.

The Gaia Online network is composed of 23 million teen and young adult users, many of which likely have access to their parents’ credit cards. Gaia Online is primarily a social networking/forum community, but also contains mini-games which users can play to earn gold in order to buy new items for their avatars. Users can also interact with one another in Gaia Town, a sort of teen-specific version of Second Life or PlayStation Home. Viximo eventually plans to bring its entire stable of social games over to Gaia Online, including titles such as Game Insight’s Resort World and Kixeye’s Backyard Monsters.

“We are thrilled to work with Gaia Interactive,” says Dale Strang, Viximo’s CEO. “Gaia Online gets a selection of top quality, high monetizing social games, and our developer partners in turn receive access to a highly-engaged base of game players. What’s more, Gaia Interactive gets a new expanded audience for its top game Monster Galaxy.”

Monster Galaxy is a social game which challenges players to collect and battle 120 different creatures in an epic quest that will feel instantly familiar to fans of games like Pokemon or Monster Hunter. The game is already boasting over 20 million players, and with news of this partnership that figure is looking to get quite a bit bigger. Seems that the pairing will be mutually beneficial to both companies, and users should get access to a larger stable of games as a result. Isn’t it nice when everybody wins?