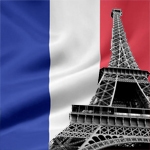 In France, July 14 is Bastille Day. For Gamezebo, it’s another excuse to round up some games that we like. And so, we present our tribute to French games and game developers!

Take on the role of D’Artagnan in his quest to become a Musketeer in this role-playing game from Dingo Games based on the novel by Alexandre Dumas.

Les Misérables: The Game of the Book

This completely free adventure game is based on Victor Hugo’s classic novel. Save Jean Valjean’s soul, avoid police inspector Javert, rescue Cosette, save Marius’ life, and help many others along the way as the French Revolution looms.

Trace a killer through the alleys, museums, libraries and sewers of Lyon, France in 1899 in this hidden object game.

Travel the world collecting the finest ingredients, researching new and exotic blends, and opening posh wineries around the world in Italy, Germany, Australia – and yes, France – in this strategy game.

I bet you didn’t know that these game developers were French: OUAT Entertainment (Eden’s Quest: The Hunt for Akua, Pure Hidden), Yamago (Ikibago: Caribbean Jewel), Orange Games (Little Folk of Faery), Aldorlea Games (Millennium), and Kheops Studio (The Fall Trilogy). If you did, give yourself some extra kudos!