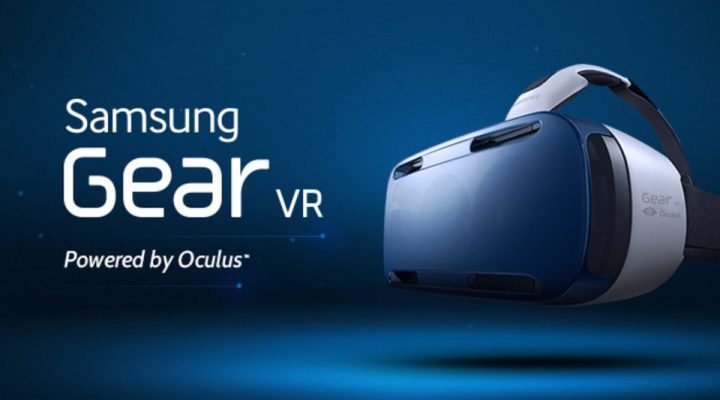 In the ’90s, we all dreamed about plugging ourselves into room-sized virtual reality rigs. As it turns out, by the time virtual reality goes mainstream, the engine running the technology will be small enough to fit in the palms of our hands.

Earlier today at a press event in Berlin, Germany, Samsung announced the Gear VR. The project, which is the product of a team-up between Samsung and the makers of the Oculus Rift, is a virtual reality headset powered by Samsung’s Galaxy Note 4.

The Note 4 fits into the Gear VR headset, which uses dual lenses to provide a 3D effect. The headset also includes a trackpad, a back button, and a focus adjustment. According to an interview Verge had with Samsung, support for Bluetooth controllers is planned. For now, controlling games and sifting through menus is mostly done with head gestures and the trackpad.

Using the Gear VR is reportedly as immersive as using the Oculus Rift, though the Gear VR doesn’t tether you to one spot with wires. Free-roaming VR sounds great – until some in-game monster or alien spooks you bad enough to send you running into a door or off your balcony.

There’s no set price or release date for the Gear VR just yet.

A Dark Room Prequel ‘The Ensign’ Out Now