Home / News / Vengeance is a dish best served by samurai: An Interview with MADFINGER Games

Vengeance is a dish best served by samurai: An Interview with MADFINGER Games 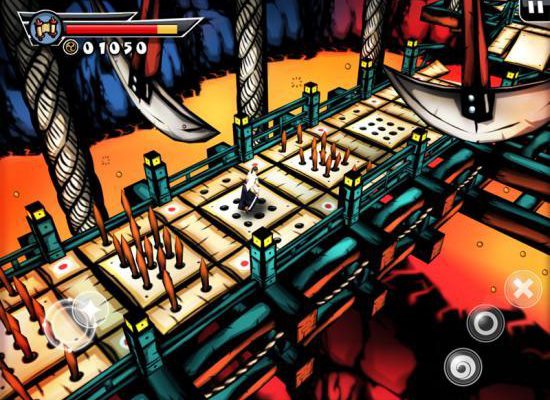 While the iPhone may have risen in status to become one of the leading devices for portable gaming over the last few years, most of that gaming is casual in nature. Thanks to hits like Angry Birds and We Rule consistently topping the charts, few associate the iPhone with serious action gameplay. MADFINGER Games might just be the company to change all of that.

Hot on the heels of releasing the Samurai II: Vengeance, the sequel to last year’s popular Samurai: The Way of the Warrior, Gamezebo had the opportunity to talk with the team at MADFINGER about the continuing adventures of the samurai Daisuke.

The controls of the original Samurai were the most talked about element of thegame, but you decided to take them in a completely different direction this time around. What prompted the change?

The original control scheme, which had players swiping their attack gestures on the screen, had distinct advantages and disadvantages. Critics liked the unique use of the touch screen, but the action was often obscured by the player’s hand. The biggest problem was teaching players how to handle the game properly. So we decided to employ the now-traditional virtual d-pad.

Now that the controls are so tight, what are the chances there may be multiplayer in the samurai’s future? We’d love to see Daisuke square off in some onlinearena battles.
In the past we used to work on titles supporting multiplayer (for PC/console) and we are thinking about adding multiplayer to our games; we toyed with both a a co-op and a deathmatch mode. The main issue is that multiplayer needs a lot of time for debugging and tweaking gameplay, so we can’t promise anything at the moment.

In addition to the controls, you’ve introduced a number of new elements to the game. What’s the one new element (asides from the controls) that you’re most satisfied with? 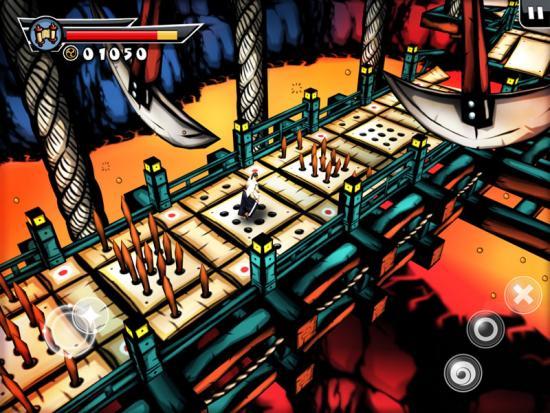 We worked very hard on the interactive environments. Daisuke can break barrels, open gates, raise bridges, etc. He must also watch out for deadly traps like spikes, pendulums and other obstacles. We think that these additions help Samurai II deliver more fun than its predecessor.

While similar to the original, Samurai II certainly had more of a fast-paced God of War Vibe. Were there any games that you drew inspiration from for the new combat system?
We were mainly influenced by players’ feedback to the original Samurai game. Even as iPhone developers, we’re always playing console games. We’re definitely influenced by titles like God of War and Ninja Gaiden. They’re the very best of the genre, and we hope that players find Samurai II to be one of the best hack-and-slashers on the iPhone.

Last holiday season you released Bloody Xmas, a super gory experience about a chainsaw wielding Santa Claus. Were there any lessons learned from its development that you brought to Samurai II? Can we expect another seasonal slaughter from MADFINGER Games in time for Christmas 2010?
Bloody Xmas may not have sold very well, but it was a blast to develop. Now we have several titles in the queue, including few casual games. Also we are evaluating Android and other platforms. It’s coming up fast, but we’re hoping to release something for Christmas.

We couldn’t help but notice that Daisuke’s headband has different writing on it in the icons for the first and second games. What does it say in each? 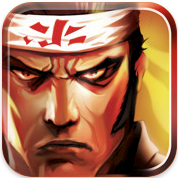 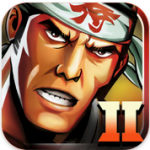 Haha, it’s interesting that you noticed. In the Samurai II, the kanji on the headband means samurai. In the original Samurai… hmm, we can’t remember now : )

If you could recommend one iPhone game that’s not developed by MADFINGER Games, what would it be?
On the iPhone are lots of great games that deserve more attention. Our favorites are Soosiz, Dark Nebula, and iBlast Moki.

Capcom bringing the Smurfs to the iPhone