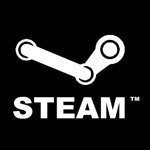 If you’ve ever experienced the hassle of having your Steam account hacked, you’ll be happy to hear that Valve has announced Steam Guard. This new security feature allows users to link their Steam account with a specific PC. Any attempts to modify or change the account settings by another PC won’t be possible without the user’s approval.

Users will also be notified if any PCs other than those authorized by them attempt to log into or modify their account settings.

IPT works by generating a new numerical password every 30 seconds, integrating into the processor functionality that previously required a separate card or key fob.

“With over 30 million accounts worldwide, Steam is an ideal platform for Intel IPT,” said George Thangadurai, General Manager of PC Client Services at Intel. “Those running Steam are investing in a robust digital collection of PC games. By adding hardware-based protection to these investments, we hope to bolster the amazing success of platforms such as Steam.”

Steam Guard will be available to third parties to incorporate into their own applications through Steamworks.

“We expect to see widespread adoption of hardware-based security like Intel IPT by other service providers,” said Doug Lombardi, Valve’s Vice President of Marketing. “If as a customer you are buying movies, music, games, or digital goods, you want to know that they are more secure than your physical goods.