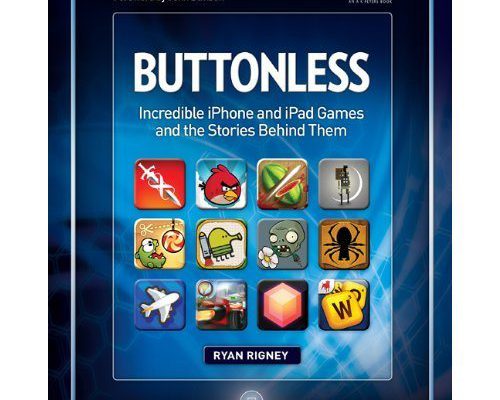 With so many games available in the App Store, it’s inevitable that we all have our favourites. But how many of us really know what the real stories behind those favourites are? Ryan K Rigney, a games journalist whose written for such acclaimed outlets as GamePro, Mac|Life, and Touch Arcade, wants to share those stories with you in his upcoming book Buttonless: Incredible iPhone and iPad Games and the Stories Behind Them.

Buttonless tells the tales of 67 top tier iOS games, as told to Rigney by the game’s own creators. The games included read like a who’s who of titles everyone should own, including a few that may have failed to make it on your radar before reading the book. Canabalt, Infinity Blade, Pocket God, Superbrothers, Hard Lines… the list goes on and on.

Gamezebo was recently presented an early copy of the book, and after only a few pages I realized this was something that would easily earn my endorsement. Each entry is only 4 or 5 pages in length, making it a perfect book to read on the go, and despite each entry’s short length, the information included is captivating. Even as someone who makes his living as a mobile games editor, there was plenty of new information for me to absorb. For example, while I thought I knew everything about Angry Birds, it turns out that the game was inspired by a piece of bird concept art that was created for a completely different Rovio release. Fun facts like this abound.

Expected to release on December 13th, Buttonless is currently available for pre-order on Amazon.com.