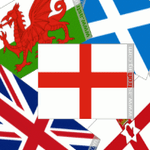 It would seem that the UK is finally realizing that the future may just be in video games. Today, the nation’s government announced that significant tax breaks are on the way for companies in the video game industry. The move is expected to generate or protect thousands of jobs while also creating significant revenue.

The tax breaks were originally discussed and promised in 2010, but global economic problems put the issue on the back burner. The news also comes on the heels of the French government announcing the Le Game initiative, which was designed to promote game development and publishing in France. History has taught us that the French and British are constantly trying to one-up each other, so we take this latest move as yet another instance of the UK blowing raspberries and making annoying faces at the French. We fully expect cows to be flung from castle walls in retribution.