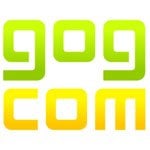 On the same day that Electronic Arts launched Origin as a digital platform for its major franchises (FIFA, KOTOR, etc.), classic gaming site GOG.com announced a deal that will see more than 25 retro PC titles from EA’s rich back catalog launch on the DRM-free portal over the next few months.

Additional titles will be added gradually over the coming months, but GOG confirmed that they will include Crusader: No Remorse, Sid Meier’s Alpha Centauri, and Magic Carpet.

The deal does not, however, include the System Shock or Syndicate series’.

Gardenscapes is $2 today at Daillly