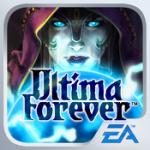 Every day is a great day to live in Canada, but today is an especially great day to live in Canada, because Ultima Forever: Quest for the Avatar, the latest installment in the popular RPG series, has made its way onto the Canadian App Store this morning. In case you’ve never played an Ultima game before, you can take our word that this is one mobile release you’re going to want to watch out for.

In celebration of the launch, EA has released the first installment of a developer diary series which chronicles the making of the game, and has all of those hidden goodies and factoids that we questers love to find. The video is hosted by Ken Hartsook, a software engineer at EA Mythic, who gives viewers a sneak peek at the epic RPG gameplay, and outlines the developmental process and the challenges that he and his team faced in bringing such a massive experience as an Ultima game to the mobile platform.

For all of our friends in Canada, you can download the game right now (and for free!) on its official App Store page. And for everyone else, it looks like we’ll have to wait just a little bit longer for Ultima Forever: Quest for the Avatar to receive a worldwide release sometime this summer.