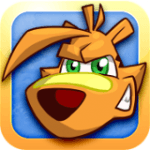 Krome Studios has announced today that the next long-awaited installment in their Ty the Tasmanian Tiger franchise will be headed to Windows 8 tablets and PCs on July 24. Simply titled Ty the Tasmanian Tiger (not to be confused with the original 2002 game of the same name), Ty’s return will no longer be a 3D open world platformer, but rather a gorgeously illustrated 2D sidescrolling platformer, similar to the jump that Rayman made from Rayman 3: Hoodlum Havoc to Rayman Origins.

The original Ty the Tasmanian Tiger trilogy contained some of the best open world platform-adventure games I’ve ever played when I was growing up, and easily rivaled the likes of Banjo-Kazooie and Super Mario Sunshine. It just didn’t get any better than those bright and sunny adventures featuring the loveable Australian tiger and his elemental boomerangs; which is why it was such a shame, then, that the games never quite received the acclaim or wide scale recognition as some of their brethren. But after taking a few years off to chill out in the underbrush, Ty is finally back and already looking better than ever!

You can check out all of the sheer platforming glory to be had from the revival of Ty the Tasmanian Tiger in the game’s official trailer just above this paragraph, while you anxiously wait to get your hands on it next week (or in my case, start looking into buying Windows 8 for my computer). This is one game this summer that you’ll most certainly want to watch out for.

Is Halfbrick teasing a new game?