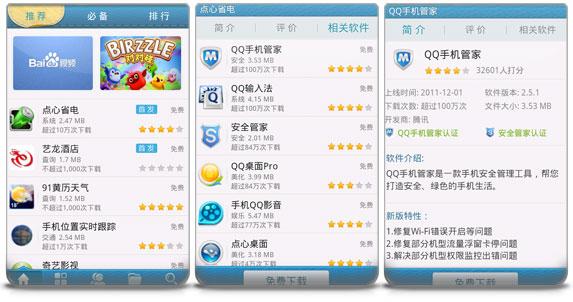 Finding and conquering new markets is key to growth for any game developer nowadays.  We’ve touched on the importance of looking outside of the US recently, but to put a finer point on it, the Chinese market in particular seems to be one that’s rife with potential.  It’s something we’ve heard a lot about recent months, and a fair bit at Casual Connect Kiev this week — but is the assessment of China’s potential really accurate?

I suppose it all depends on who you ask.

Rex Ng, CEO of 6waves, spent a good portion of his presentation this week discussing opportunities in the Chinese market.  Specifically, opportunities on the Tencent network.

“It’s a huge market.  Half a billion served already, and we’re just talking about Tencent alone in China.  There’s probably five other gaming networks in China that you should be aware of, but Tencent alone has so many active gamers … 50% of their revenue is actually derived from gaming,” says Ng. “Being one of the Top 10 games on Tencent right now is going to generate $3 million USD per month.  That’s pretty substantial.”

But in her presentation the following day, Darya Trushkina, the VP of Business Development at Game Insight, took a somewhat contrary viewpoint: “We tried China, we’re still trying China.  We’re releasing our games in China, and let me tell you right now – it’s a huge pain in the ass.”

But licenses aren’t the only problem in bringing your title to the China – Chinese gamers have some unique tastes that developers outside of the country might not be aware of.  As is the case for any new market you might try to tackle, the “know your audience” mantra is one you need to have mastered before you try to get your game on the phones of half a billion players.

“For China, the localization is not really about the content of the game, it’s about how the game is operated – how the game is run,” says Ng.  “They have strange behaviour – they like to have special weekly events and tournaments.  They like to have a VIP system.  Everyone would buy this [VIP] subscription where then they get a discount on every in-game purchase.  That’s a behaviour that’s very popular in China.”

But despite all of the hurdles Ng mentions, there’s one big problem that Game Insight’s Trushkina can’t get over – and ironically, her negative seems like something that Ng would put in the win category.  “It’s not just about government regulation and procedures, it’s not about localization, it’s not about customization… You cannot truly compete with only one big player in China right now, which is Tencent.  And unless you partner with them, there is no way you can survive in China.  It doesn’t matter who your partner otherwise is.  There is nobody else.” 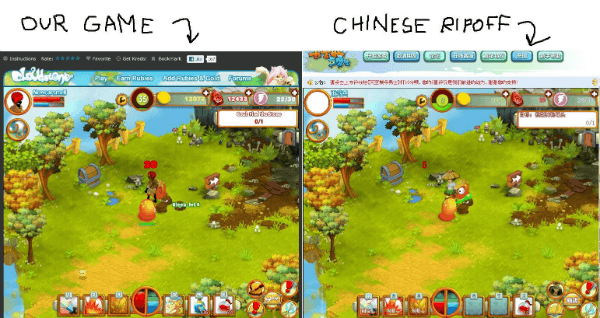 A lack of competition isn’t a good thing (then again, it’s not exactly like we’re talking about a capitalist country here) – but even if you suck it up and partner with Tencent – and even if your game is a hit – there are other problems too.  “If your game is amazing, the second you release it in China two hours later there’s going to be at least 20 copies of your game,” says Trushkina.  “You’re going to be losing money.  People are going to be playing those versions of your games, and you’re not going to get any money out of it.”

By contrast, if you’re looking for an emerging market to jump into, Trushkina can’t say enough good things about Brazil.  Since launching there, Brazil has accounted for 30% of daily revenue globally for each of the Android titles they’ve released in the market.  It’s a far cry from her “you’re going to be losing money” feelings on China.

Still, even its strongest naysayer isn’t completely opposed to the market.  Instead, Trushkina simply shares her story as a word of caution.