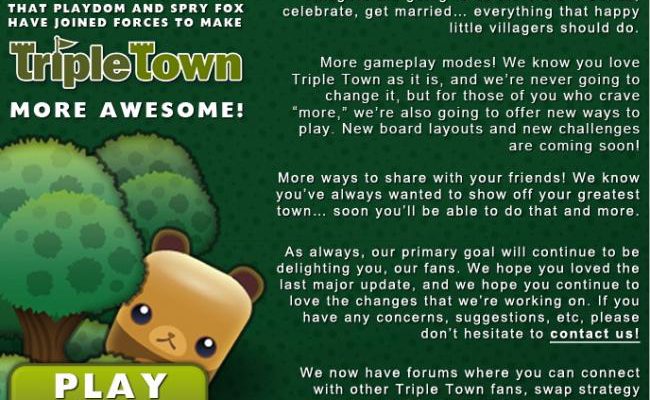 Just in case the newly launched mobile versions of match-3 hit Triple Town weren’t enough to keep you busy, it looks like a major update is on the way to the game that will bring new gameplay modes and expanded social features.

When logging into the Facebook version of the game over the weekend we were greeted with a splash page, revealing that Playdom — the game’s new publisher — and developer Spry Fox were joining forces to release a significant new update for the game in the “not-too-distant future.” 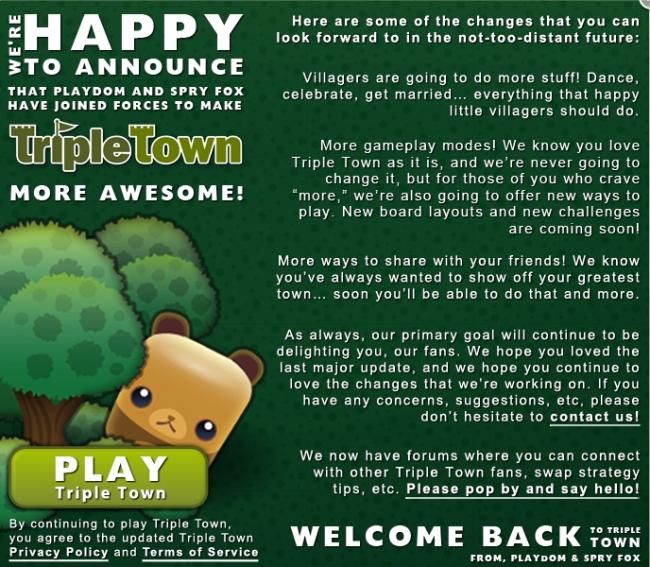 Some of the new features include:

We don’t have a release date for the update, but you can follow all Triple Town news hear at Gamezebo as well as at the newly launched Triple Town forums.