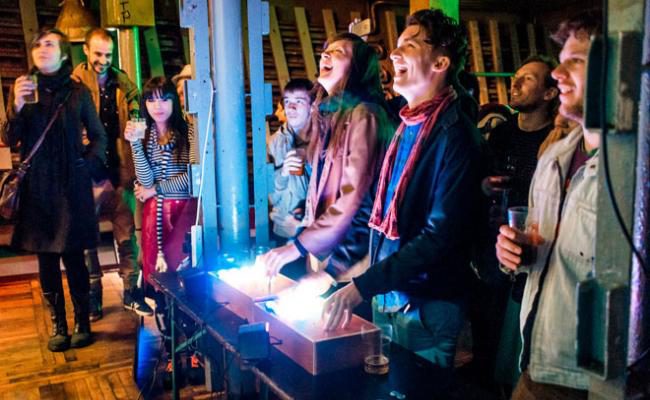 Do you like video games? What about… parties? What about the unbearably bitter cold of a Canadian winter? If you said yes to all three of these, you’re going to want to clear your schedule on February 21st. The Fancy Videogame Party is coming.

Thanks to its thriving indie scene, Toronto has tons of great events for gamers – and yet Fancy Videogame Party is like the perfect storm of gaming events in Toronto. It’s not one, not two, but three celebrations in one. 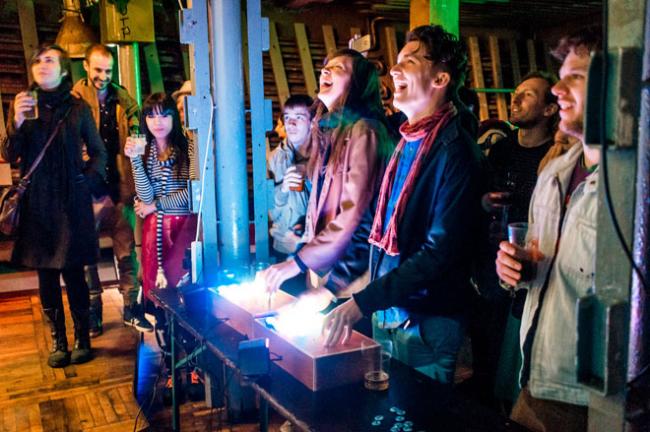 First, it’s a celebration of The Hand Eye Society’s fifth birthday. The Hand Eye Society, for those not in the know, is a Toronto-based indie gaming collective that holds a variety of events all year long to help spread the word about great Toronto games.

Second, it’s an event connected to the Art Gallery of Ontario’s artist-in-residence Jim Munroe. You might know him better as the writer who teamed up with Molleindustria to create Unmanned. He has a few other indie games under his belt too. What is he doing with the AGO? “As artist-in-residence… Munroe will be working with the public to eliminate cultural barriers that surround “low-brow” art and encourage the production and celebration of videogames as a nascent art form.” NEAT.

Third, it’s the Canadian debut of The Wild Rumpus – the London-based multiplayer games event that’s taken the indie scene by storm. They’ve only announced a partial line-up so far, but it reads like a Who’s Who of indie party games: Tenya Wanya Teens, The Yawhg, Johann Sebastian Joust, Tether and Nidhogg are all confirmed. And they’re even showcasing a Gameboy Camera-quality photobooth, the Interstellar Selfie Station: Print Club Edition.

There will be music. There will be dancing. There will be video games. If you’re in or around Toronto, you owe it to yourself to check this one out. Tickets for Fancy Video Game Party are available in advance at ago.net for $15. Hurry though! Sources close to the event have told me that it’s almost sold out.

UPDATE: Within moments of posting our article, the event sold out completely. Coincidence? Almost definitely.

I’ve already secured my ticket, so if you’re coming, be sure to track me down and say hi! For reference, here’s what I look like (according to Interstellar Selfie Station.) See you at the party!: 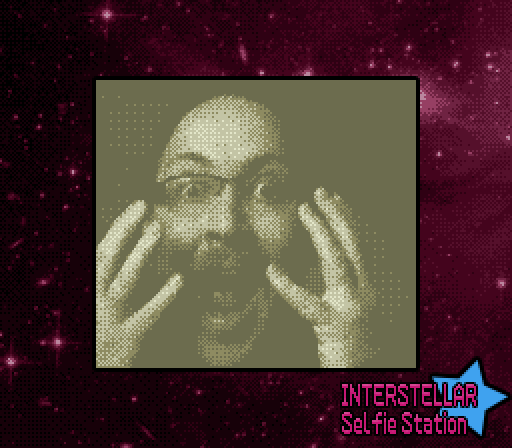