By Scott Steinberg | 11 years ago 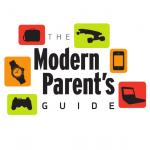 High-tech parenting expert Scott Steinberg, a professional keynote speaker and technology analyst, has just launched new book series “The Modern Parent’s Guide,” covering all aspects of connected family life, and companion video show “Family Tech: Technology for Parents and Kids.” The following is excerpted from “The Modern Parent’s Guide to Kids and Video Games,” which is free to download at www.ParentsGuideBooks.com now.

From fantasy games to car games, war games and sci-fi- or superhero-themed outings, today’s virtual worlds offer endless choice. Here are ten popular massively multiplayer online realms that any kid would love to make his or her own. Note that although they may be free to play, most provide options to buy special in-game items and bonuses with real world money via online purchases known as “microtransactions.”

Wizard 101 – A magic-themed fantasy game, Wizard101 is one of the most popular free online multiplayer games. Players can go on adventures, decorate a castle or engage in raising virtual pets. There’s also a healthy dose of dueling against legendary creatures along with a magical collectible card game and fully-narrated storyline to enjoy.

NeoPets – NeoPets, currently owned by Nickelodeon, is a browser-based world wherein kids adopt a cute mythical monster, feed it, play with it, and even battle it against other monsters. The NeoPets community is huge and has an extensive fan base that is invited by the website to contribute stories and artwork. NeoPets is also one of the very first kid-oriented virtual words to hit the Internet: Back in 1999, it launched as a relatively crude (but lovable) HTML-based site.

FreeRealms – FreeRealms is a free 3D virtual world where players create a character, and then are able to explore a vast game world with many different types of gameplay. With so much variety in terms of how you can play, players are bound to find activities they like, such as searching for lost treasure, playing a trading card game or even just checking to see how their in-game friends are doing.

Club Penguin – Club Penguin is one of the most popular online game worlds for kids, with equal emphasis placed on safety and fun. Players create a colorful penguin avatar to participate in a variety of activities with friends, and can also use filtered chat features. Live moderators are always on-hand as well to make sure there’s no one around to ruin the experience for anyone.

FusionFall – FusionFall is a somewhat dystopian virtual world (nothing quite at PG level, though) wherein players must fight to free the planet from an alien menace. What makes the game especially compelling, though, is that it features characters and locations made famous by Cartoon Network’s colorful cast. Throughout the game, you’ll meet Dexter, the Powerpuff Girls, Ben10, and more of TV’s top children’s stars.

WhyVille – WhyVille is a virtual world that emphasizes education, though there’s also plenty of fun to be had, of course. Users learn about science, art, and geography. They can also start their own business and “sell” user-generated “Face Parts” from which other players can assemble their in-game avatars.

Star Wars: Clone Wars Adventures – This massively-multiplayer online game lets players take the role of a Jedi or a Sith. Participants choose a side (now’s your chance to try the Dark Side just once), battle threats, play mini-games, and interact with characters from the popular Star Wars: The Clone Wars cartoon show. When the galaxy pauses to breathe, players can also decorate their houses with furniture and accessories.

Webosaurs – Webosaurs is a virtual world that lets kids use a dinosaur as an in-game avatar. That’s pretty compelling on its own as a gaming concept, but the title also offers lots of games and activities to play through. Webosaurs is another online game that prioritizes player safety through safe chat methods and constant moderation.

Moshi Monsters – In Moshi Monsters, you adopt a pet monster and work to complete puzzles to earn Rox, the game’s currency. With your Rox, you can visit different parts of town to purchase items to customize your monster, decorate your room or even plant a garden to attract pets for your monster. The game continues to increase in popularity, boasting in 2011 that a new player signed up every second.

MapleStory – MapleStory is a 2D side-scrolling fantasy MMO game that has maintained considerable popularity in North America since 2005. Players explore dungeons and fight monsters either alone, or while teamed up with friends. It’s an ideal world for tweens and young teens who want a little more combative action than what’s typical for most kid-oriented MMOGs.