Home / News / To Slay a Dragon: Down to the wire for Sword of Fargoal 2’s Kickstarter [interview] 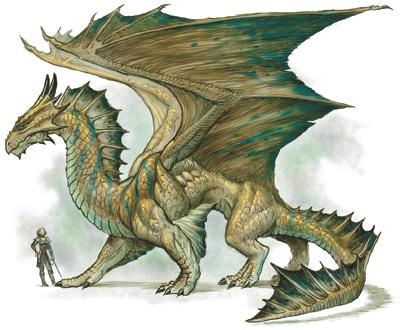 Inspiration can strike at any time: a eureka moment in the shower; a brilliant idea in the middle of the night; even a crazy theory cooked up while sitting under an apple tree. For Jeff McCord, the idea that came to define his career took hold while he was watching his friends slay a dragon.

“There was very, very little chance that they were going to survive this thing,” recalls McCord fondly, discussing the culminating showdown of a D&D [Dungeons & Dragons] game he and his close friends played over two high school summers beginning in 1978. As Dungeon Master, he was part storyteller, part referee; he had led the intrepid group of heroes on a journey to unearth the long-buried protectorate sword, and use it to strike down an evil wizard paralyzing the Great Forest Lands.  “I told them the only way they could pierce the scales and destroy the dragon was if they rolled not one, but three twenties.” With three rolls of a twenty-sided die, their chances were roughly 0.01 percent. Yet, in the summer of 1979, McCord and his friends saved the Great Forest Lands.

That moment stuck with him. He didn’t want the adventure to end. So from 1979 to 1981 – as he made a journey of his own, to college – he made sure it’d never have to. With the little programming knowledge he had, McCord wrote and created Gammaquest II for the Commodore PET personal computer. In rudimentary form, it was a never-ending dungeon crawler; room by room, players would explore a randomly generated dungeon on a quest of their own. A true sense of immersion was limited, however, by the simplistic display of the PET.

Things really took off two years later. He was offered the chance to beef up the game for the much more capable Commodore 64 computer. With the help of friends Scott Corsaire and Steve Lepisto, the game was made faster, given more detailed dungeon floors, and packed with much harder monsters. The name was changed, as well, to Sword of Fargoal, in honor of an all-too-familiar mission: go on an epic quest to find, rescue, and escape with a magical sword. Along with the recently released Rogue, Fargoal would go on to define a genre of tough-as-nail games based around random generation. Roguelikes, they were called, though McCord is quick to joke.

“If Fargoal had come out just a few years earlier, we could very well have been calling these games Fargoal-likes today.” For him though – as it has always been – it wasn’t about the end result, but the journey. “For me, it’s always been a lot more about the story,” McCord says;  “I love the idea that you’re not very powerful. Instead, you [have] to struggle…to use [your] wits.” Thirty years later, and it seems Fargoal‘s story has become his own.

McCord and a small team have taken to crowdfunding site Kickstarter in an attempt to make Sword of Fargoal 2 a reality. In the time since the first game’s release, it has gained a devout fan following, and endeared itself to a much wider audience, thanks to a rerelease on the App Store as one of the iPhone’s first – and to date, best received – games. Here, McCord showers praise on developer Paul Pridham. Originally a fan of the game itself, Pridham helped bring Fargoal to iOS, and has taken on the role of Lead Developer for the sequel; another sign of the game’s influence. And yet, Fargoal 2 has 12 more days to reach its $50,000 goal. As of print, it’s sitting just below $18,000. For a property so beloved, I ask McCord, how could this be?

“We’re thinking about [that] every day,” he laughs, visibly a little anxious. “In general, I think that these wonderful revival games [and studio projects], they hit such a positive nerve in people. But you’ll notice that a lot of them almost feel like large-scale efforts, that have at least 8-10 people working on them; often as many as 30 or so. We’re a very small team of just a few people.” McCord has struck on something very interesting; as videogame studios ride the wave of Double Fine’s multimillion dollar Kickstarter success, there is a sense that there are somewhat larger names using it to capitalize on an image. Big fish disguised as guppies making it harder for the truly small teams who need the service. 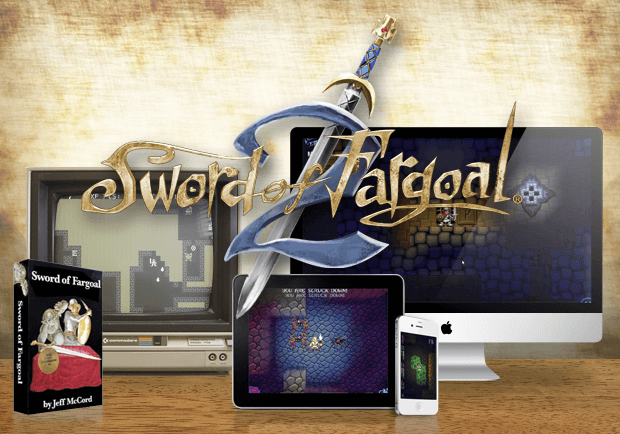 And make no mistake, Sword of Fargoal 2 needs this Kickstarter. On one hand, the team has blown the scope of the project wide open compared to the original. This is owed in large part to the state of affairs in modern gaming. When the first title was released on iOS, it was a flagship for gaming on your phone, and a poster child for people’s willingness to pay.

“It was a different time with regard to people understanding the value and the cost of games, and being willing to pay something for them,” says McCord. “What’s happened, particularly over the past year, is that things have tended to go towards the Freemium model. And a lot of developers have gone in that direction, and started to make games much more about reaching achievements, and unlocking rewards.” Psychological checklists, I interject. McCord is quick to agree. “Right!” We want to approach it [Sword of Fargoal 2] with the value proposition of… owning it for a long time rather than the hidden monetization method.”

As a result, the team has spent the better part of a couple years fine tuning the game for more content, while taking into account the realities of a more cutthroat App Store. In addition to the new playable characters, enemies, dungeon tiles, and interactive items, McCord revealed to Gamezebo that they have begun work on a “monster vending machine” for the purchase of consumable power-ups, and are experimenting with a system that allows you to spend the game’s classic gold currency in a medieval shop instead of simply sacrificing it at the in-game altar for items. Adding value without adding cheap tricks. On that last point, I’m reminded of the newly released XBLA hit Spelunky, and how the roguelike has – in many ways – seen a resurgence. As one of the godfathers of the genre, I ask McCord for his take.

“I think a lot of the games of old are living a scene, or living one scenario. Whereas, with a roguelike, you’re really playing out an entire quest, and sometimes, an entire life,” muses McCord. “In addition, that life is played out in a myriad of different ways depending on how you live it.” In their infiniteness, then, roguelikes seem to come closer to gaming’s true promise than perhaps any of today’s hyper-realistic shooters or action adventures. They act as turnkey solutions for escapism, into which we can constantly pour our lives, always getting others in return. McCord is particularly excited about the way the game’s new playable classes will add to this experience. Though, to hear him tell it, he wasn’t always excited about new things.

“There was a point where I was talking to Paul, and insisting that we keep the animated cutscenes from the original Fargoal,” remembers McCord of early development. “[But] he said, ‘No, those will always exist, and we will always have that and continue to support that, and people love it. But Fargoal 2 is going to have its own amazing, exciting things. We have to make it new.'”  Ultimately, it’s that lofty goal – making something old, new again – that is at the heart of this Kickstarter; at the heart, as well, of why it’s needed. Putting it mildly, McCord lays his heart on his sleeve: “We are definitely still committed to doing Sword of Fargoal 2, but it is definitely going to take us a lot longer without Kickstarter. We can only do just Sword of Fargoal for so much time before we can’t afford to anymore.”

He’s laying it all on the line, it seems, so I figure I might as well ask: is it Kickstarter or bust for this team? Are you scared you won’t make it? Here, McCord pauses for a minute, his eyes darting to his phone – no doubt checking an e-mail about the campaign or the game.

“I’m fighting for the Kickstarter campaign literally day and night, until the wee hours of the morning,” he says. Then, his voice shifting momentarily from his usual cheer, he adds: “I can say that I’m scared shitless.” I search for an encouraging response, but before it can pass my lips, he’s back again. “But, [I’m] also being extremely hopeful at the same time. It’s actually not unlike the quest to get the sword. I’m traveling down to the 20th level, and I’m in reach of the sword.”

Suddenly, he’s not the Dungeon Master anymore. He’s the one with the twenty-sided die.