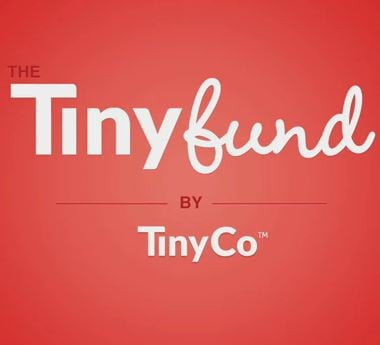 Don’t let the name fool you: TinyCo is quickly becoming big business. In an App Store crowded with dozens and dozens of social games developers, their games have always managed to stand out from the crowd. Tiny Chef, Tiny Zoo, Tiny Nightclub – every single one of them has managed to crack the top 10. Now they’ve put together a fund to help other small developers achieve the same success.

Today the developer has announced the launch of the TinyFund, a $5 million initiative to help mobile game developers gain access to the tools they’ll need to successfully launch their games.

“There are some amazing mobile games being developed right now, but due to lack of funds or industry experience, many of these outstanding titles will never be played by the public,” said Suli Ali, co-founder and CEO of TinyCo. “TinyCo is proud to offer the TinyFund to empower top gaming talent with the tools they need to realize their dreams of creating successful games.”

Games developed for the iOS and Android market, in any stage of development, can apply for the Fund. Each title can qualify for up to $500,000 in assistance. In addition to the money, TinyCo will also be offering their knowledge in marketing, development, and business to developers who could use it.

“Competition on iOS and Android has quickly heated-up. Long gone are the days where a great game is all it takes to get downloads. Now, in order to make a splash, developers not only have to have enough marketing spend, but also the business know-how. We’ve been able to accumulate both and want to
help other promising developers bring hits to market,” continued Ali.

The fund, while no doubt appreciated by developers looking for a leg up, seems surprisingly altruistic for a developer that’s also trying to compete in this over-crowded marketplace. Could this be the first hint of TinyCo making the move from developer to developer/publisher? Only time will tell – but if you’re a social game developer with an already successful brand, it couldn’t hurt to bring other game developers on board to help beef up your offerings. I, for one, am looking forward to seeing how this plays out.

Developers interested in applying for the fund should visit http://www.tinyco.com/tinyfund.

Zynga to go IPOVille by end of June 2011