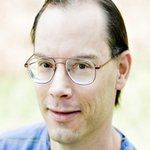 On Thursday, Epic CEO Tim Sweeney participated in a panel at GDC about the current indie game development scene, and how it’s reminiscent of the old days of garage development. Sweeney pointed out that building an independent game is still about a bunch of developers making their creative visions come true with 2D pixel-based graphics, though there are obviously major differences between the monetization methods of the ’80s and today. That’s why, Sweeney says, indies must be vigilant against having their ideas ripped off.

Sweeney was joined on the panel by Jordan Mechner (the creator of Prince of Persia), John Romero (the designer of DOOM and the co-founder of Loot Drop Games), Markus “Notch” Persson (creator of Minecraft), and Adam Saltzman (creator of Canabalt). Salzman said that it’s gratifying to work independently to realize your own creative vision instead of working on someone else’s idea, whereas Romero suggested to aspiring developers should dig up some resources on programming and get to work. “You don’t have to wait for permission,” he said.

But the panel also discussed the darker side of independent game development, especially about how easily your ideas can get yoinked by the Big Guys who make mobile and social games. Sweeney suggested that indies can guard themselves by thinking and working creatively. “We came to the decision early on to make games that a Zynga couldn’t clone,” he said. “We’ve always tried to find that special sauce.”

In fact, Sweeney added, given the rapid changes that the gaming landscape has been going through, it’s best to think about re-invention and innovation constantly. Facebook has been a hot gaming platform for a couple of years now, but even that’s quickly beginning to change as developers break free.

“Be prepared to reinvent yourself every few years,” Sweeney suggested.

Is Valve making a game console or not?