Tilt to Live 2 is coming to Android in February 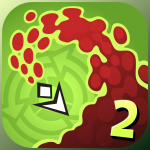 Great news for Android fans today, as Gamezebo has learned that Tilt to Live 2: Redonkulous from One Man Left is officially coming to Android next month! And in case you happened to miss our review of the game last November, we happened to think the sequel brought more of that same arcade-style goodness that made the first Tilt to Live such a blast to play.

What’s even more exciting about this news is that it marks One Man Left’s very first foray into the Android market ever since the developer started making indie games in 2009. So naturally, Gamezebo reached out to the team to see if Tilt To Live 2‘s upcoming Android release might lead to a similar treatment of One Man Left’s hugely popular iOS hit, Outwitters. This is what they told us:

“Well, we’re able to take TtL2 over because we developed it with Unity, so there was minimal reshuffling to do to get it to work. Outwitters would have to be rebuilt more or less from scratch, so I don’t think that’s going to happen. Now if we were to do an Outwitters sequel/spinoff (not planned at the moment, but we do play with prototypes from time to time), or really any future game, that’s much more likely to make it to other platforms thanks to the tools we’ve started using.”

Oh well, but at least Android users still have the fantastic Tilt to Live 2 to look forward to! The addictive (and of course, redonkulous) arcade game will be making its Google Play Marketplace debut on February 24th, and we can assume it will cost the same $2.99 as its iOS counterpart.

Free Games and Sales: Where’s My Mickey?, Dungeons of Dredmor and more!