Thomas Was Alone arrives on iPads with an overhauled control scheme 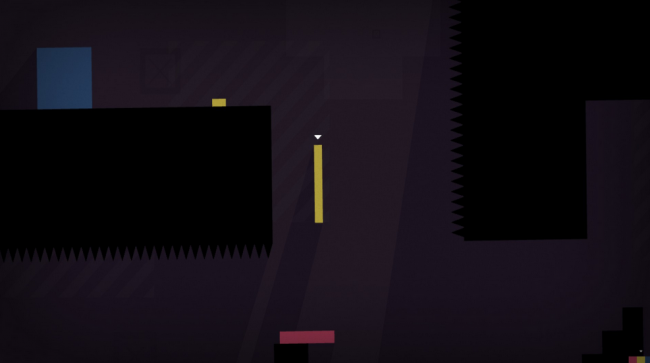 Years after the geometric platformer released on the PC and Mac, and a few weeks after selling over a million copies, Thomas Was Alone is now available for iPads as well. The transition to the iPad comes with revised controls that the developer, Mike Bithell, designed specifically for the iPad in order to make playing Thomas Was Alone the most engaging experience possible.

In an interview with Polygon, Bithell explained, why he chose to alternate the control scheme for the iPad release.

“On either side of the screen, we have these color balls that you put your thumb on in order to select which character you want to use. It’s a really intuitive, easy thing that you can basically play the entire game without moving your hands.”

With this tweak to the controls of the game, Bithell hopes that players will be able to be that much more immersed into the game, as they will not have to worry about repositioning their hands at all in order to conduct button presses or swipes like most touch-screen games require.

Gamezebo reviewed Thomas Was Alone back in July of 2012 and awarded the game four-and-a-half out of five stars. We greatly enjoyed the overall charm of the game and the cast of characters that the game introduced us to. Thomas Was Alone is now available on the iPad for $8.99.

This Week in China: Hearthstone is even bigger in Beijing