This Week in China: Whale watching 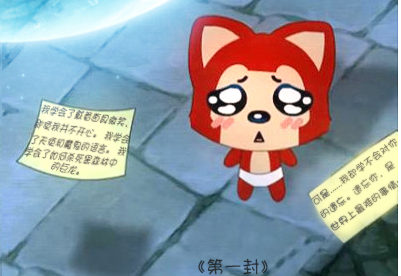 When you develop free-to-play games, a lot of your time is spent playing Moby Dick. Your business can live or die by the elusive whale – a gamer who’s willing to spend money in your game, and spend big. In China, the story is no different. That’s why it’s so great to get some insight into what whales in the Chinese market look like, which is something we do this week.

Thanks again to Laohu.com, the Beijing-based site that graciously provides a roundup of China’s gaming news every week for the Gamezebo audience. To learn more about the Chinese gaming scene, be sure to give Laohu.com a read.

Beijing Bewinner Communications Co., Ltd announced on April 1st that the company has obtained authorization from DreamCity (???????????) to create a mobile game based on Ali (??), a cute cartoon character with huge popularity in China. Statistics show mobile games brought in RMB 140 million yuan for the company in 2013, accounting for 49.76% of its total revenue. The game is expected to enter the market before end of June.  (Laohu.com)

According to sources, Chengdu-based mobile game developer Palm Infinite (????) has received a strategic investment from Egls Ltd, the developer behind mobile 3D MMOARPG Armed Heroes. Egls CEO Erif Wang reveals his company will not only provide financial support for Palm Infinite, but also assist them to better develop hardcore mobile games and cooperate with various distribution channels in China. Wang describes Warlords of Three Kingdoms (????), the latest title of Palm Infinite as “China’s Armed Heroes,” noting the game has the potential to be as successful as the latter in overseas market. (Laohu.com) 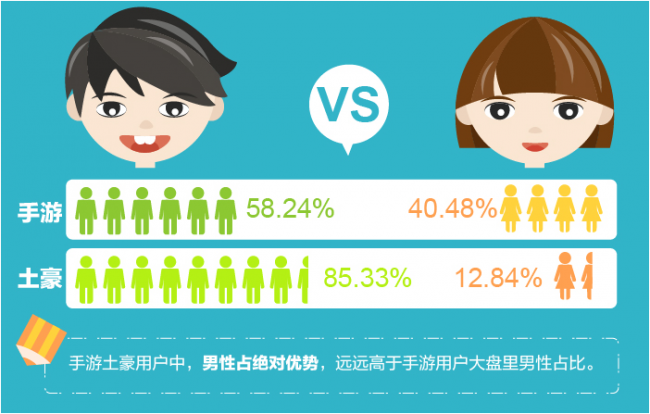 Every game developer and publisher loves “whales” in their games. But how could you find them? Tencent Cloud Computing (???), a mobile analytics platform released an interesting report which reveals the characteristics of heavy spenders in mobile games. In China, heavy spenders in games are not called whales, but Tuhao (??, nouveau riche). Based on a survey conducted between Janaury and February this year, Tencent Cloud Computing comes up with a few conclusions: The majority of Tuhao players are male (85.33%); Tuhao players often have better educational background compared to ordinary players, of whom 66% have an undergraduate degree; 10.53% of Tuhao mobile players live in Beijing, capital of China, which makes the city “hometown of Tuhao gamers.” In this respect, Shanghai (9.34%), Hangzhou (5.61%) and Guangzhou (4.34%) are all behind Beijing. (Laohu.com) 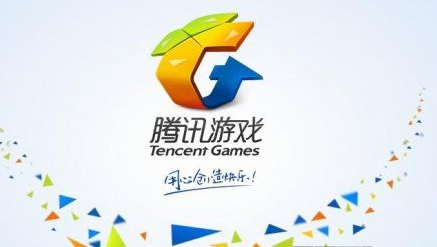 An insider reveals China’s Internet giant Tencent has lifted the revenue KPI of mobile games business in 2014 to 12 billion RMB, up from the original 9 billion. Analysts say this adjustment reflects how Tencent has become more serious towards mobile Internet, and with its own distribution platforms (WeChat and mobile QQ), the company will invest heavily in the mobile games market. Last week, Tencent announced a $500m (530b Korean won) purchase of 28% stake in CJ Games, becoming the third largest shareholder in the South Korean company. (Laohu.com)