This Week in China: Fruity Robo 3 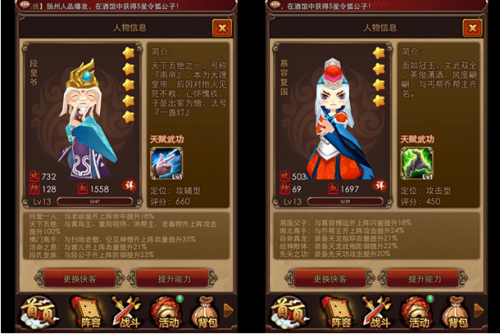 I won’t lie – that was a fun headline to type. I don’t know what a “Fruity Robo 3” is, and there’s a good chance that you don’t either. But if you’re in China, there’s a very good chance you do – and you’re no doubt excited to learn that it’s about to be adapted into the mobile game Three Kingdoms of Fruit.

What does it all mean? Read on to find out the answer to that and other questions, like “is Capcom looking for Chinese investment to enter the market?,” and “how do the Chinese feel about Papaya?”

Thanks again to Laohu.com for sharing the top stories out of China this week. For a daily dose of Chinese gaming news, be sure to bookmark Laohu.com.

360 Mobile Games announced this week a strategic partnership with Guangzhou Bluearc Animation, acquiring the exclusive publishing rights of Three Kingdoms of Fruit (????), an adaptation of Bluearc’s popular cartoon series Fruity Robo 3 (????3). Bluearc first introduced the Fruity Robo series in 2007 and has since released 3 series with 152 episodes. Three Kingdoms of Fruit is a mobile action RPG featuring “robos” set in Three Kingdoms era. Earlier this year, Frozen (????), a game adapted from the eponymous Disney cartoon, also chose 360 Mobile Games as its publisher. The game was downloaded 6m plus times in its first month of launch. (Laohu.com)

Martial Arts Unleashed (????), a mobile game that infringed on Louis Cha’s martial art fiction, has reportedly finished removing the infringing content and has reappeared on application platforms in China. However, an investigation by Perfect World and Changyou (both are legally authorized to adapt Louis Cha’s work) concludes that the modified version still use names and aliases of Louis Cha’s characters, along with grave infringements regarding personal profiles and storylines. Perfect World and Changyou are likely to file a formal lawsuit against Kodgames and XXWan, developers and publisher of Martial Arts Unleashed. (Laohu.com)

According to people close to the matter, Capcom’s Asia chief Hiroshi Tobisawa will arrive in Shenzhen, China, raising speculations about the prospect of a stake acquisition by Tencent. Earlier reports indicated that Capcom might accept an offer from Tencent to acquire its stakes as a way to enter Chinese market. (Laohu.com)

Hearthstone is getting its first expansion with Curse of Naxxramas

Osmos made a cameo on The Simpsons this week