Home / News / These Halloween updates will give you virtual nightmares

These Halloween updates will give you virtual nightmares 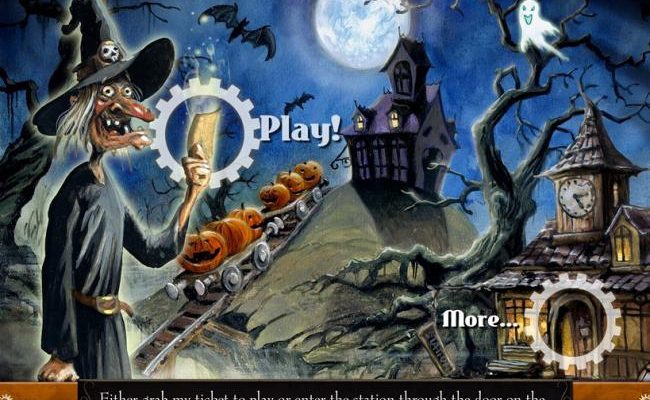 It’s late October, and that can only mean one thing: Navy Day is coming. I don’t know how you celebrate it in your neck of the woods, but around these parts we build makeshift boats out of candy corn and toss pumpkins into the sea.

Actually I made all of that up – except Navy Day, which is an actual holiday. But this article is about Halloween, and the many games that have released updates in honor of it. There will be tricks, treats, and possibly even some scares. I might even embed a spooky video somewhere.

Read on… IF YOU DARE.

It has its share of flaws, to be sure, but Dead Trigger still does a lot of things right. Perhaps most importantly, it makes you feel like some sort of virtual god while you mow down its endless onslaughts of zombie attackers.

Courtesy of its recent Halloween update, players will be able to experience that zombie killing high once again; in a new in-game area, no less! Referred to simply as the “Haunted Graveyard,” there’s bound to be a whole new cavalcade of baddies to demolish with your arsenal of weaponry. And in the spirit of Halloween, some of the zombies you’ll encounter will be wearing pumpkins on their heads, perhaps in reference to one of the all-time great horror films.

I’m bending the rules a bit to include this one. Trains vs Zombies 2 is actually a standalone product based on Train Simulator 2013, rather than an update to it. Being that it’s not an update, though, you don’t need to own the original game in order to play it! How about them (bobbing for) apples?

The game features what I consider to be one of the greatest stories of our time. You’re tasked with saving New York City from a zombie apocalypse, as well as protecting all of your still-living passengers from the horrific outbreak. Did I mention that you’re doing all of this by way of a train? Of course not, because the title does a good job of giving that away.

Had I an award to give out for the game that leaned the hardest into Halloween, it would definitely go to Guild Wars 2. If you log in, you’ll encounter festive quests, cute-but-macabre decorations, and even the opportunity to do some trick or treating. Believe it or not, I’m only touching the tip of the iceberg here. Excluding Costume Quest and that one Halloween game for the Atari 2600 that no one ever played, it’s the closest you’ll ever get to experiencing All Hallows’ Eve in a game.

Horror is a pretty subjective thing; what’s scary to one person may be downright laughable to the next. For example, my friends have no idea why I’m so afraid of snakes. Those soulless, beady eyes… ugh.

Despite horror’s interpretive nature, I like to think there’s some sort of middle ground that we can all agree on. Moreover, I’d say that middle ground is filled with blood-thirsty redneck zombies. As a means to tap into this shared fear, the team behind Killing Floor has released “Hillbilly Horrors,” a spooky piece of DLC that’s teeming with all sorts of gruesomeness. The download features a new map, a dude in a chicken suit, the chance to unlock the Grim Reaper as a playable character, zombie hillbillies (natch), and other such things you typically only encounter in video games and fringe horror films. 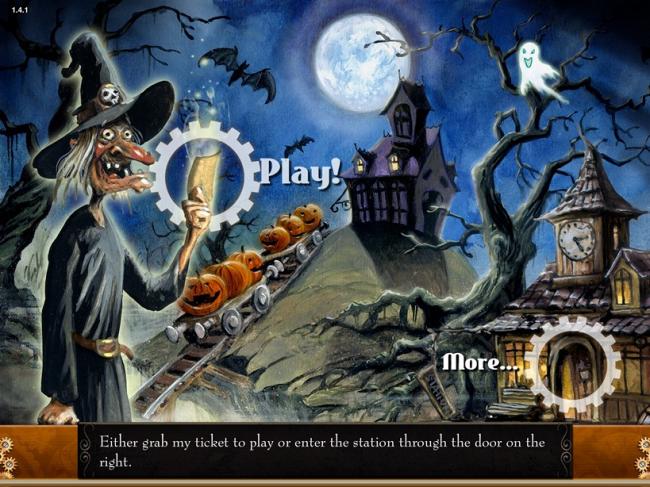 Have you ever ridden on or in a pumpkin? Unless you’re Cinderella or on the forefront of some sort of vehicular revolution, the answer is probably no. But don’t worry, I wouldn’t pose such a saddening question if I didn’t plan on offering a solution. The folks behind Ticket to Ride have gone and added pumpkin trains to the beloved virtual board game, along with new achievements and a completely reworked (and decidedly spooky) aesthetic.

There are plenty more Halloween updates beyond just what’s listed here. Feel free to share your favorites in the comments!

Oh and here‘s that spooky video.