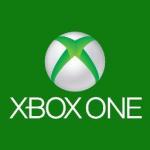 Following an endless wave of hype, rumors, pomp and circumstance, Microsoft unveiled the third generation of Xbox earlier today at their headquarters in Redmond, Washington. Though I suppose the location didn’t matter too much. Press and gamer alike, you could watch it from anywhere. Whether streamed to your desktop or sent straight to your TV via your soon-to-be-last-gen Xbox 360.

Regardless of how you watched, there’s a very real chance that your reaction was the same as mine: mortified.

For the first 26 minutes, they focused entirely on the new features of the console.  This includes things like watching live TV, video chatting via Skype, or using “snap” to open up multiple apps at the same time.  You’ll notice that I didn’t use the words “video game” in there anywhere.  Neither did they.

When they finally did get around to mentioning games, the reveal was just about as worst-case-scenario as you can get.  Yes, there were a few glimmers of hope, like the promise of new IP’s and the reveal of a new game from Remedy – but overall the vibe coming off the show was “exactly what you’re playing now, but with better graphics!”  And as if they needed to drive that point home, they felt the best way to close the show would be with the next Call of Duty.

Today’s press conference would have been a suitable replacement for Ambien, if only it hadn’t made me so angry.

It’s not that I expected Microsoft’s announcement to go any better than it did – but I had hoped it would.  You see, I like video games.  I like them a lot.  That’s probably why I’m the Editor-in-Chief of Gamezebo.  And while we don’t cover living room console games on the site, that doesn’t mean I don’t enjoy playing them in my downtime.  I was an early adopter of the Wii U, and I’m pretty stoked about the PlayStation 4.  But if today’s press conference is any indication, the Xbox One will be the first console in more than a decade that I won’t be looking to buy the minute it hits store shelves.

And maybe that’s a good thing.

Over the last decade I feel that I’ve really matured as a gamer. You have, too.  Those of us who grew up on Mario and Zelda are well into our thirties now, and we’re looking for experiences that we’ve never had before.  And if the Xbox One isn’t where you’re going to find them, don’t worry – Gamezebo is.

Indie developers are doing amazing things on desktops and mobile devices, and I couldn’t be prouder to be a cog in the wheel that brings word of those games to you.  Over the last few years we’ve shared our passion for unique, engaging, original games, and we look forward to doing so for years to come.

Of course, we’re not the only place where people find out about great games. Word of mouth is one of the most powerful tools out there — and that’s why I’m putting the onus on you.

Here’s your homework assignment: Get on Twitter, Facebook, Tumblr – wherever you share with friends – and link them to one amazing game. A game that wouldn’t make its way to Xbox One in a million years. A game that everyone should know about. Then come back here and do the same in the comments below. Use the hashtag #BetterThanXboxOne if you’re on Twitter.

Let’s see how many great games we can help people discover!

A Focus on Quality: Does It Make For Better PR?