Home / News / The untapped potential of iBeacon in mobile games

The untapped potential of iBeacon in mobile games 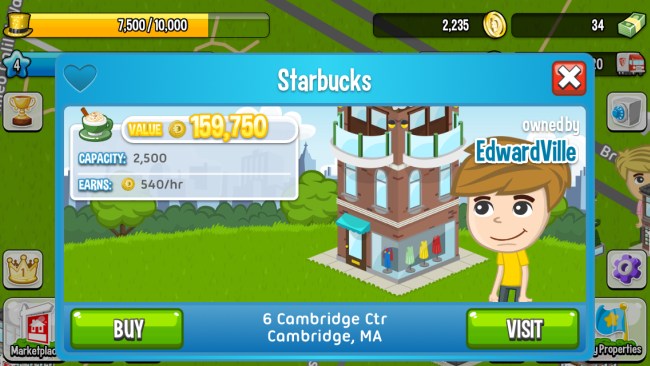 I’m sure you’ve heard the phrase “location is everything” once or twice before in your life, but never has that notion applied more to the world of mobile games than right now! As smartphones and tablets get more and more advanced each and every year, new geographic features like GPS have unlocked a number of exciting location-based options, and not only for map-based apps either: even mobile games are diving into the geographic fun these days! But this past December, Apple officially activated their new iBeacon technology, and if it truly catches on in the way that some are hoping, then you might never walk down the street with your iPhone in the same way again!

In simple terms, iBeacon is a new geographic technology from Apple that works primarily through Bluetooth, rather than GPS, so the total power consumption on your device remains both manageable and low. Right now, the iBeacon technology is mostly being used by restaurants and retail stores to present customers with various promotional deals and coupon offers, but a few development studios have begun to see a greater purpose for the budding new advancement: for use in video games!

One such studio is The Tap Lab, who made a name for themselves in the mobile world with their location-based game Tiny Tycoons, which lets players build their own city by purchasing bite-sized versions of real-life properties surrounding their actual location. I recently had a chance to speak with Dave Bisceglia, the Co-Founder and CEO of The Tap Lab, and Kabir Hemrajani, the VP of Products at The Tap Lab, to find out their thoughts on iBeacon and its future in the mobile games space.

The Tap Lab have already released a short video showcasing one of the many ways that iBeacon could be used to enhance the overall Tiny Tycoons experience just by stepping into your location Starbucks coffee shop (the Starbucks chain has yet to adopt iBeacon support, so a simulated iBeacon was used in this example). For instance, in the demonstration video, when a Tiny Tycoons player walks into the Starbucks location in real life, a notification pops up on their phone giving them the property’s value and the name of its owner.

But when put in the right hands, The Tap Lab feels that the potential for iBeacon technology in the mobile games space is truly unlimited. They tell me about two tech-demo games that are already tapping into the new technology’s possibilities, Space Time and PKPKT. The latter of these demos is a Bluetooth-powered virtual pickpocketing game, which starts players out with an imaginary pocket full of $1,500. When they come across another player on the street that has the game, they can essentially pickpocket from their fellow player’s virtual stash.

Both Bisceglia and Hemrajani see the technology becoming really intelligent in the future, and being able to bring more meaningful recommendations to players based on their actual personal preferences. They also hope to implement a bigger sense of “group gameplay” components, such as a notification that would pop up and alert players how many other people had passed by a given doorway in their current location.

As it currently stands, the iBeacon technology is still very young, and its growth will be squarely dependent on larger brands and stores adopting it more and more. While The Tap Lab plans to roll out some kind of iBeacon-supported update to Tiny Tycoons later on in the year, their larger goal is to help build momentum for the technology, and to spread the word of how it can effectively be used in developing location-based games of the future.

In the meantime, you can read up on all-things iBeacon over at The Tap Lab’s blog, and be sure to download Tiny Tycoons for free on the iOS App Store.

19 Games to Survive the Polar Vortex

IGF’s 2014 Main Competition finalists are in