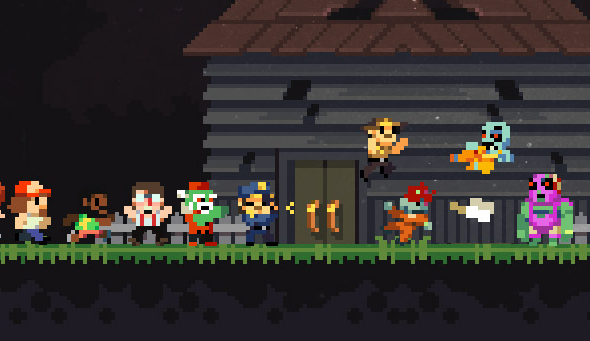 To entice backers into supporting a free-to-play game for mobile devices, Crazy Cricket is inciting the rivalry that exists between the two largest user bases (Android users and iOS users) by allowing backers to select one of two similarly-priced funding options. Selecting one $20 tier adds a vote for The Tapping Dead 2 to appear on iOS devices first. Selecting the other $20 option adds a vote for Android getting the initial release.

The Tapping Dead 2 continues the story of Alice, Bill, Andre, Mark and Darren. The group has made it out of the infected city and is now attempting to survive in the wilderness. Crazy Cricket plans to bring three new game modes into The Tapping Dead 2 and they are also adding in a level editor to allow players to create and share their own levels, which should help alleviate the fact that Crazy Cricket revealed that The Tapping Dead 2 will have significantly less levels than the first game, at least for the “first release”.

Pre-order Out There for Android and get beta access instantly

How a solo game developer conquered Kickstarter and Greenlight