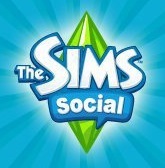 The Sims is the best selling PC series of all time, and now it’s coming to Facebook. Few details have been revealed but Electronic Arts did announce The Sims Social at its recent keynote press conference at E3 2011 in Los Angeles.

The game appears to be an isometric title that will allow you to play as yourself, while interacting with other Sims made up of your friends. It will feature many of the complex relationships found in the main series, but with a social twist and some lighthearted 2D visuals. The game is being co-developed by Playfish and EA’s Sims Studio.

As for when we can expect to play the game, it’s listed simply as “coming soon.” In the meantime, you can keep tabs on the game’s Facebook page for ongoing developments.