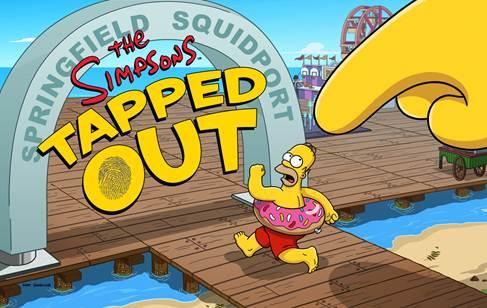 Just in time for those wet and wild summer months, EA All Play has announced that a new update for The Simpsons: Tapped Out has gone live today. This new update, titled “Waterfront,” seeks to expand the popular city-building game based on the long-lasting cartoon show with some fun boardwalk-based content.

The primary new feature of the “Waterfront” update is the inclusion of the “Springfield Squidport” boardwalk from the TV show, which lets players expand their town to the water’s edge with 30 all-new plots of land. In addition to the many rides and attractions of the “Springfield Squidport” like the Ferris wheel or the Frying Dutchman fried food service, the update also comes jam-packed with over 20 new decorations and buildings.

As if all of that wasn’t enough to keep you busy in Springfield for the entire summer, the latest Tapped Out update also comes complete with new characters like the Sea Captain and Handsome Pete, as well as entirely new quests which beg the ultimate question: “will Homer’s insatiable hunger put him out of business at sea?” Well I don’t know about you, but that pink-frosted donut inner tube that Homer’s wearing in the “Waterfront” art has sure got my stomach growling!

The new “Waterfront” update to The Simpsons: Tapped Out is live right now across all platforms and devices.

The Cave is coming to iOS this summer