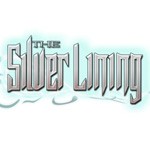 The third episode of the King’s Quest-inspired episodic adventure game The Silver Lining will launch Feb. 17, according to its developers. Like previous episodes, Episode 3: My Only Love Sprung from My Only Hate will be available as a free download from TSL-Game.com.

The release of Episode 3 is the second thing that King’s Quest fans have to look forward to in February. Another fan-made project, King’s Quest III Redux, is also launching this month.