Home / News / The science behind the magic: Disney’s giant leap into videogames

The science behind the magic: Disney’s giant leap into videogames 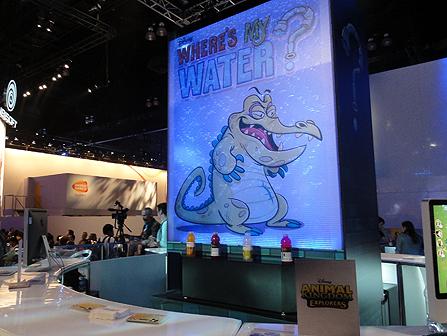 It was just last October when we proposed that Disney could become a huge household name in videogames. Flash forward half a year to this year’s Electronic Entertainment Expo, and the call couldn’t have been more correct.

Aside from the fact that Disney is clearly succeeding in the mobile and social departments, their presence at E3 2012 was certainly felt. An enormous stage hosted trailers and live performances, a lounge-like Where’s My Water? area was available for relaxing, and a complete jungle stage was set to promote Temple Run: Brave. It was without a doubt Disney’s largest physical videogames presence yet.

Amidst the noise of crowds queuing for custom-embroidered Disney hats and a live painting demonstration, I was able to meet up with two of the largest forces behind Disney’s gaming success: John Spinale (Senior Vice President of Disney Social) and Bart Decrem (Senior Vice President of Disney Mobile). From them, I was able to learn the talents, ambitions, and plans that Disney possesses to make their presence as a videogames company known worldwide.

The same way that Swampy is unaware of the crazy antics and solutions you must create as a player to fix his pipes in Where’s My Water?, Disney does a ton of work behind the scenes in order to remain successful. One particular subject was addressing games with universal appeal.

“To make puzzles that are fun for a five year old and a student is impossible right?” Decrem supposes. “You can’t go to a store and buy something that’s fun for both of you, right? It’d be boring for you or overwhelming for her. It’s very hard to do leveling in a way that’s broadly successful for a puzzle game, so we’re very scientific about it.”

Beyond the colorful display of Disney mobile and social titles is something much more valuable: millions of active players supplying raw data back into the company itself.

“We get billions of data points every single day, explains Spinale. “Instead of ignoring them, we actually have people who go out and sift through the data and find why people are or aren’t coming back. We find out about the evolution of a product that’s been out for a while, and that’s how you can make games like Where’s my Water? with levels that appeal to a 4-year-old and people like myself. “

Through careful observation and planning, Disney is able to create scientific logic in determining successful gaming formula. Yet these numbers alone, Spinale explains, are only half the story:

“If you innovate and make games that are touch [control] appropriate, you can do very well. That’s what we’ve done with Where’s My Water? iOS was a new platform, so we wanted to do something else. With a new platform, you should adhere to what makes that platform unique. That’s what the market was telling us”

Spinale concludes: “People don’t think of Disney as a technology company, but historically we’ve been very aggressive. We were the first company to put our content into the App Store when all the other companies were terrified that they’d be giving away their business.”

Judging by the enormous E3 displays decorating iOS games this June, it looks like Disney’s aggressive stance has paid off pretty well. 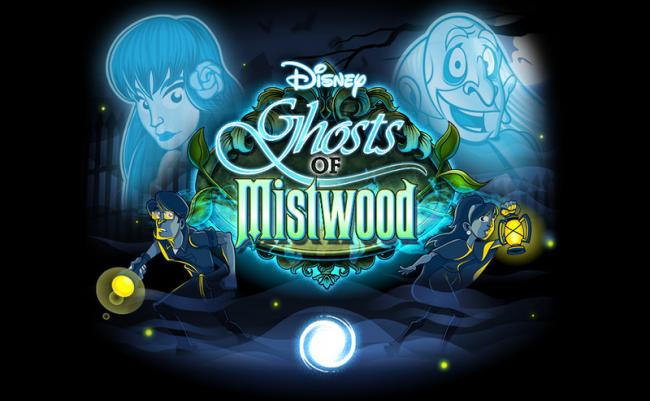 Halfway through the presentation, a question comes up that sends Spinale and Decrem on a valuable side note: “Which is stronger? The classic pay model, or the freemium model?” Decrem weighs in first:

“In general, it’s all about freemium. The great thing about it is that you can achieve huge goals: over the next couple of years the huge goal is make a game that reaches a billion people, and freemium is a way to make a massive audience. In a lot of ways, this is a new network, like ABC or Disney. You need an accessible lineup to make a good channel.”

Spinale, taking a momentary swig from a nearby Vitamin Water, makes an observation:

It’s pretty tough to argue with that logic. 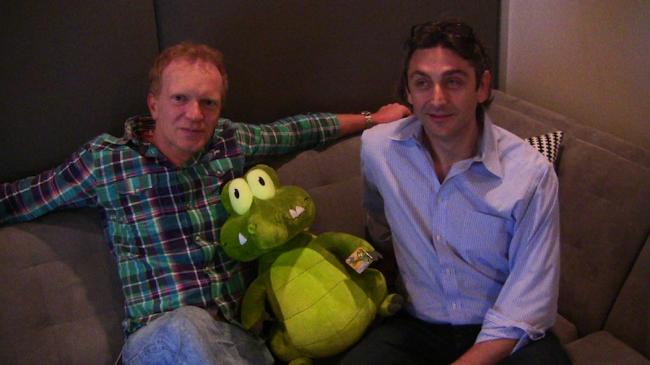 When you’re packed in a small presentation room full of journalists and executives, it’s hard not to absorb the details of the room around you. If there was one word to describe the press room, it would be “Swampy”. Disney’s enthusiastic alligator was present all over the room, from enormous plushes to an assortment of iPhone cases.

With Disney making its way into the merchandising world by porting its popular character to stores worldwide, I had to ask: “How does one go about creating such an iconic character?”

“The Disney tradition is to have gameplay but also have character and story,” Decrem replies. “To win, we have to do both: we have to love the games, explore characters and be true to the game, but also network and create social communities that are fun”.

Just like Disney’s extensive behind-the-scenes statistics, it turns out the creation of what appears to be a simple alligator had a lot more to it, as well.

“There are four people that came up with gameplay and a character. They were smart to have brown bag lunches at Disney Animation, because one of the team members came from there. One of the funniest moments was when John Pleasants (Co-President, Disney Interactive Media) called from Florida: ‘I’m looking down at alligators and I think they want to eat me. Can you make a game out of this character?’ he asked us.”

“The team said don’t worry about it, we’ll take care of that. Great characters come out of unexpected places, and the company let us do that.”

Beyond simply coming from an unexpected background, Swampy carries several of the traits that have allowed the Disney animation empire to create such lovable and iconic characters.

“Disney characters have heart and a sense of family. When you look at Cranky (Swampy’s antagonistic alligator neighbor), you learn over time that there’s a family relationship between the characters. When we started making a YouTube series for Where’s My Water?, one of the first pitches had [Cranky as] a bully, and we sent that back. Swampy’s not stupid, he’s just kind of naieve and curious. Allie isn’t just a love interest, she’s the one that keeps the family together,” Decrem elaborates.

But it gets even deeper than that. Spinale reveals this:

“We have a fifty-page back story universe bible to the Where’s My Water?. That is how you create franchises and characters that last a lot longer than a disposable and quick game. “

With all this talk about creating a character, it’s hard not to bring up Disney’s already established franchises. Epic Mickey 2 was plastered all over the walls in promotion for the console title, but what about elsewhere? To conclude, Decrem leaves a little hint at what’s to come:

“Are we aggressively taking advantage of all the great IP we have? There are some amazing characters that we haven’t taken advantage of. We have a group called the Vault Group that are working on that. We have a Vault game using one of our oldest and most cherished properties coming out this Fall. But we can’t talk about it quite yet”.

While the mystery of Disney’s new Vault title is definitely one I’d like to uncover in the future, one thing is for certain: Disney is dedicated toward creating some truly magical experiences for interactive mediums. But behind the magic? Countless hours of work, analysis, technology, and brown bag lunches.