The Room makes its Android debut in the latest Humble Bundle 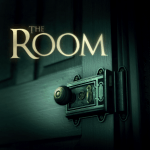 I’m gonna go out on a limb here and say that The Room was the best iPad game to be released in 2012.  And by go out on a limb, I mean “agree with every iPad owner on the planet, as well as Gamezebo’s own Best of 2012 list).  The box within a box within a box provided more puzzlers per second than any game I’ve had the joy of encountering; the only complaint being that there isn’t more of it.

And now, if you’re an Android-owner who’s been suffering iOS-envy since its release, you’ll have a chance to join in the fun.

Available on Android exclusively as part of The Humble Mobile Bundle, The Room joins 5 other games aimed directly at the Android gamer.  Previous “Humble Bundle for Android” collections have offered desktop copies of all games, too – but this time around, it’s all Android and only Android.

Shopper who pay any price will get Contre Jour, Anomaly Korea, Plants vs. Zombies and Bladeslinger, while those who pay more than the average amount will bring home these games plus The Room and Metal Slug 3.  And for your listening pleasure, you’ll also be treated to soundtrack downloads of everything except Contre Jour in FLAC and MP3 formats.

There’s no word yet on whether or not The Room will surface on Google Play once this deal is over, but if you ask me, it’s pretty much inevitable.

And for those of you, like me, who just want more of a good thing, there’s a light at the end of the tunnel. Fireproof Games has recently confirmed that a free chapter will be arriving this summer, and a full sequel is planned for the fall.