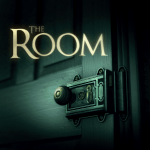 Fireproof Games has announced today that the mysterious epilogue chapter they’ve been teasing for their popular puzzle-adventure game The Room will be making its anticipated debut in a free update this Thursday across all available platforms. The Room is an incredibly atmospheric first-person puzzle game of sorts, in which players must scour every inch of a shadowy room to find the means to unlock a series of intricately crafted boxes, filled with just as many secrets.

While we don’t know all that much about what this upcoming epilogue will entail (it wouldn’t be very much like The Room to give away its many secrets ahead of time, now would it?), Fireproof Games has said that we can expect it to be an entirely new chapter in the game, complete with more tantalizing puzzles and head-scratching intrigue. We’re also told in the teaser trailer that the mystery surrounding the titular room is going to deepen in the epilogue as well.

Truth be told, there are very few games like The Room that are out on the App Store right now, and if you haven’t had the chance to experience all the moody mystery for yourself yet, then you can download the game on the iOS App Store and the Google Play Marketplace for $1.99 and receive the new epilogue chapter for free when the update goes live this Thursday, August 29.

Big Fish’s Brian Thompson on the art of Fetch