The real reason Flappy Bird is gone: you wouldn’t stop playing it 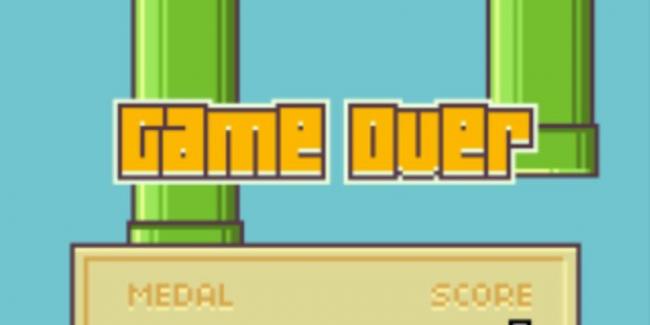 There has been a lot of speculation about why Flappy Bird was removed from the App Store and Google Play by its creator on Sunday. At the time, we were left with some cryptic tweets that led many to believe the game’s success had given him a nervous breakdown.

But in his first interview since removing the game, Dong Nguyen reveals his true motivations for killing the Bird. It wasn’t a mental health breakdown – it was a crisis of conscience.

“Flappy Bird was designed to play in a few minutes when you are relaxed,” Nguyen told Forbes. “But it happened to become an addictive product. I think it has become a problem. To solve that problem, it’s best to take down Flappy Bird. It’s gone forever.”

In a world where most developers are trying to figure out how to make their games more addictive, Nguyen finds himself swimming upstream like a salmon. Whether you agree with his decision or not, you’ve got to be impressed by a man who lives by his principles to that degree.

Still, that’s not to say the stress of his instant fame wasn’t at least a partial factor in his decision. Nguyen told Forbes that “my life has not been as comfortable as I was before… I couldn’t sleep.”

True to his word, though, Nguyen isn’t planning on leaving the game development scene. He has two other games in the top 10 right now – Super Ball Juggling and Shuriken Block – and plans to leave them available for download… unless he believes players are showing addictive behaviors towards them too.

If you’re yearning for a Flappy Bird replacement, Nguyen has said that he’s played Ironpants, and calls it “a good game.”

I’ve played Ironpants too, and if you ask me, that’s the craziest thing he’s said yet.

The #3 game on the App Store is using stolen assets

Meet the bikes of Trials Frontier