The Pudding Monsters are heading out on a City Tour tomorrow 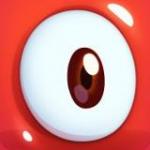 ZeptoLab have announced a new level pack is arriving tomorrow for Pudding Monsters. Titled City Tour, it will boast two new monsters, 25 levels, and backdrops based on – believe it or not – the city! That’s right, folks: everyone’s favorite sentient pudding creatures are moving to the land of the skyscrapers.

But despite all this newfound glitz and glamour, the changes in this level pack won’t be purely cosmetic. ZeptoLab have amped up the challenge level in response to fan feedback, hence the addition of two new monsters. If you’re too impatient to wait until tomorrow, you can catch a glimpse of this increased difficulty in the trailer below:

For those who haven’t had a chance to play it, Pudding Monsters is a puzzle game from the creators of Cut the Rope. The core gameplay revolves around merging all of the lonely pudding monsters in a given level to form a massive pudding monstrosity, all in the name of saving the poor, delicious blokes from being eaten by the evil fridge owner. It’s riveting stuff.

Is anyone out there especially excited to revisit the world of Pudding Monsters? Let us know in the comments!