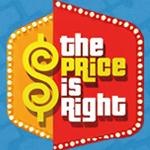 FreMantleMediahas upped its investment in casual games company Ludia and now owns 80% of the company.

FreMantleMediais a leading producer of TV and game shows including leading shows (The Price is Right. Family Feud) and reality shows (the Idol, Got Talent, and X-Factor series). Ludia has developed successful iPhone and Facebook versions of The Price is Right and other games based on FreMantleMediaproperties such as Family Feud (iPhone) and Press Your Luck.

So, given their collaboration already this acquisition (when you buy more than 80% of a company, it’s officially a buy-out) is not too much of a surprise.

It will be interesting to see how this deal impacts the fast growing world of social and iOS games for game shows and media properties. Game shows have been among the fastest growing games on Facebook, such as Wheel of Fortune (GSN), The Price is Right (Ludia), and Family Feud (iWin). Strong media and game show brands work very well on the iPhone as well.

Will this deal mean that FreMantleMediaand Ludia will work even more closely to bring FreMantleMediaTV and game show properties to Facebook and beyond? Does this make Ludia a leading competitor to become the #1 social and iOs game developer of game shows? And, what is the impact of this deal (if any) on FreemantleMedia’s partnership with iWin for Family Feud, the most successful game show on Facebook to date?

6 Alternatives to Cutting the Rope