Home / News / The Ouya has a new competitor in the GameStick 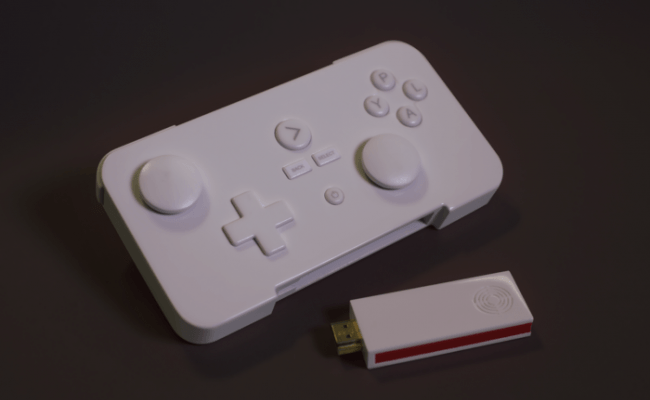 The Ouya console isn’t expected to ship for another few months, but that hasn’t stopped a competitor from entering the ring. A company called GameStick has launched a Kickstarter campaign for an open-source Android console called—appropriately enough—the GameStick. Ladies and gentlemen, place your bets.

Of course, the GameStick isn’t touting itself as a carbon copy of the Ouya. One of the primary selling points of the console is its size: you can comfortably fit a GameStick in your pocket, not to mention stick it in the included controller for safe keeping. If I’m not mistaken, this is the smallest game console to ever hit the market. Is there a Guinness World Record for that?

But a console’s size means precious little if it boasts a paltry game selection. According to the Kickstarter page, the creators are in talks with over 250 developers, including big names like Disney and Madfinger. Although no specific titles have been announced yet, it’s been mentioned that the average price of most games will be a few dollars, with many being free to play. Additionally, according to GameStick’s Jasper Smith, the console will be “powerful enough to run the very richest” of current Android offerings. 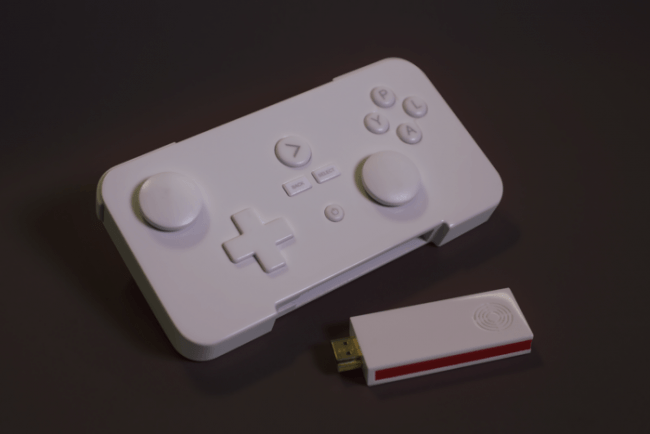 A prototype of the GameStick and its controller.

Competition is always a good thing, which is why it’s great to see another company entering the open-sourced, Android-based console market. Should the GameStick hit its target goal of $100,000 (and it’s already well on its way), the consoles will begin shipping in April. The Ouya, on the other hand, is slated to ship in March. Is it just us or is it going to be a blast watching these two companies compete? We’ve popped about 8 tons of popcorn in anticipation. And no you can’t have any.