Home / News / The other, other social network: Zynga announces Zynga With Friends

The other, other social network: Zynga announces Zynga With Friends 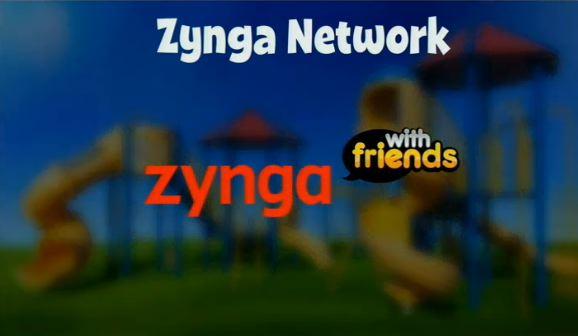 You know when you’ve had a bad day at work? The boss is breathing down your neck, deadlines are whizzing by you almost as fast as the e-mail reminders about them? And you just want to take a load off somewhere that everybody knows your name? Well cheers, because Zynga things they have the answer with Zynga With Friends: the new social hub for all things Zynga.

Announced today at their Unleashed conference, Zynga With Friends is the next step in the company creating an ecosystem of their own to foster and expand their multi-million user base. It functions as its own microcosmic social network and allows Zynga gamers to friend one another, solicit games, create communities around relevant topics – all in a framework jacked right into the content they’re playing.

Throughout the presentation, Zyngas GM Manuel Bronstein referred repeatedly to Zynga with Friends as a “social lobby:” a place where players will start their Zynga experience, make connections before entering a game, and in a sense ‘network’ to discover new parts of the Zynga ecosystem. On top of the platform, Zynga is also going to be layering their already-existent Social Stream, meaning players will be able to chat with friends, initiate games, and generally never see the outside world.

All jokes aside, Zynga has been moving since their platform in the direction of a more independent existence, and Zynga With Friends represents a logical next step in that direction. While the service itself will be hosted as an app on Facebook (as well as one on iOS and Android), I know a few people on my friends list alone for whom this will mean goodnight Zuckerberg. As it stands, they only use Facebook to hop on to Zynga games, and chat with a curated friends list of those willing to trade them content in one of the many ‘Villes. Now? They’ll have a place where everybody knows their name.

All jokes aside, I’d watch this move carefully, as it represents an acclimatization to all the features necessary for Zynga to simply move their operations off Facebook, and transplant users right into the Zynga ecosystem with a full social suite at their fingertips. And my bets on the chance of that actually happening are continually increasing.