Home / News / The new Spaceport PerfMarks report is in: HTML5 on iOS and Android crawls when compared to modern laptops

The new Spaceport PerfMarks report is in: HTML5 on iOS and Android crawls when compared to modern laptops 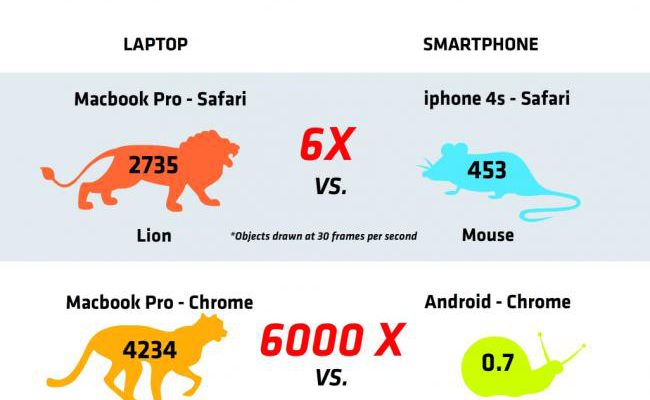 Back in March, we announced the PerfMarks report that the iOS was clearly faster than Android devices when it came to running HTML5 games. Today, spaceport.io announced a new test that compared mobile phones to a modern laptop. The results? Mobile still has a long way to go.

The test, which compared the Apple iPhone 4S and the Samsung Galaxy Nexus to a Macbook Pro based on browser speed, revealed that at the very best mobile devices are still six to ten times slower than laptops when running HTML 5. At those speeds, the concept of running complex HTML5 games on mobile looks a little more doubtful. 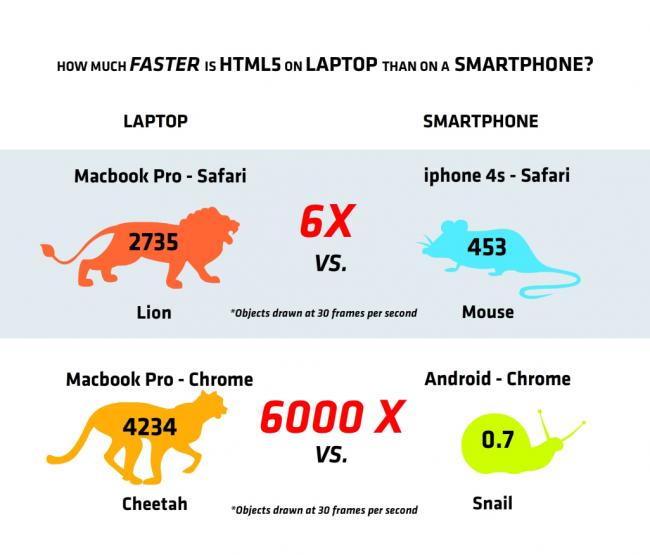 Very simple games, like blackjack and Scrabble ran fine on mobile, but anything much more than that and the phones simply couldn’t keep up. These were using the very best smartphones, too! The average speed difference between the average smartphone tested? A whopping 889 times slower. Ouch.

It’s a shame, too, because HTML5 compatible mobile devices would be a huge boon for game developers. Once you know HTML5 works on multiple devices, all you’d have to do is develop for the single platform before releasing everywhere on equal ground.

“Cross platform mobile application development is currently the holy grail of the industry, seeking to move beyond the walled gardens of app stores,” saysspaceport.iofounder Ben Savage. “Thisspaceport.ioPerfMarks report will help both browser creators and app developers know what to push for in terms of HTML5 technology necessities.”

While it’s certainly disappointing that there’s such a discrepancy between the two devices so far, it at least shows the areas that smart devices need to improve before being able to emulate computers on their own. While we’re not sure when Spaceport’s next PerfMarks report is coming around, we’re excited to see if this gap ever decreases down the line.

Gachagate 2012: The rise and fall of card-based gambling in Japanese social games