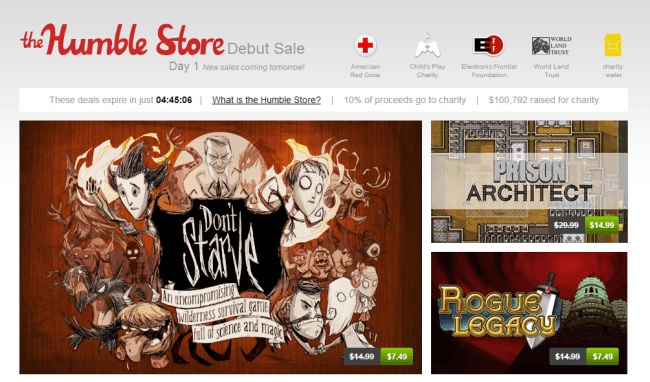 Any gamer knows that there’s no better way to snag a handful of great indie releases for a hugely discounted price than by perusing the latest Humble Indie Bundle. But now the beloved Humble Bundle company is stepping up their own game this week: with the full-fledged launch of The Humble Store online. What this means is that indie developers will now finally have a way to sell their games directly through the charitable Humble Store, thanks to the brand new storefront.

And as anything that’s ever been associated with the Humble Bundle name before, the newly launched Humble Store promises to offer great games at next-to-nothing prices, with the full proceeds going to the game developers themselves, and a small slice for Humble Bundle and some wonderful charities. And for all of you Bundle fans out there, not to worry: you’ll still be seeing more than your fair share of Humble Indie Bundles and Humble Weekly Sales as per the usual alongside the new store. 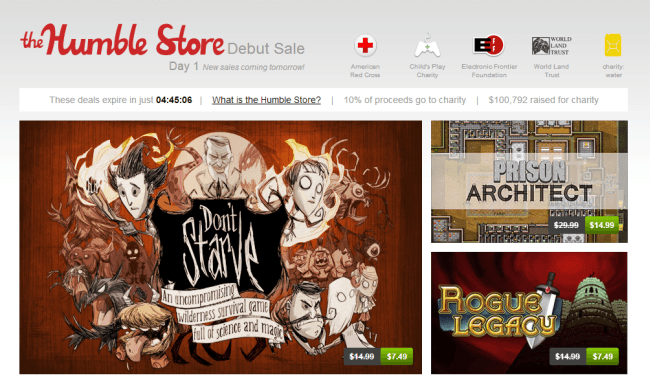 In celebration of the Humble Store’s first big day out in the world, the brand new storefront is running, what else, but a number of great sales on some of our favorite indie PC and Mac games! The Humble Store is currently featuring big deals on Don’t Starve ($7.49), Rogue Legacy ($7.49), Gunpoint ($4.99), and more for the next five hours at the time of this writing. But if you happen to miss out on these deals, not to worry again: more sales are already on the way for tomorrow, and the next day, and every day after that!

So will you be picking up any great indie titles on the new Humble Store in support of game developers and charitable organizations? How do you think the new storefront will hold up against some of the other well-established online sites that specialize in gaming deals? Be sure to let us know in the replies!

Why Moscow Matters: Russia is an emerging market you should keep an eye on