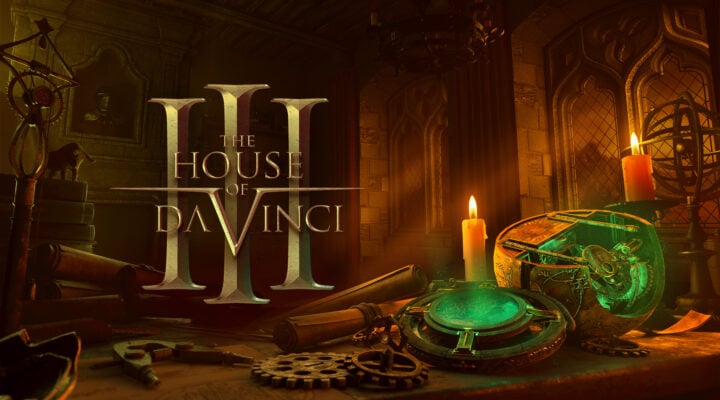 If you’re an Android gamer and a puzzle fan, you may well have spent the last couple of months gazing enviously at the App Store, where The House of Da Vinci 3 has been available since July.

Good news. Developer Blue Brain Games has announced the release of The House of Da Vinci 3. And to mark the occasion it’s giving away ten free download codes for iOS and Android.

Before we tell you how to claim them, here’s a bit of background for those of you who haven’t yet spent time in Blue Brain Games’s renaissance universe.

The House of Da Vinci 3 is a narrative puzzler with a storyline involving magic, inventions, and Leonardo Da Vinci himself. Set during the renaissance, it sees you moving from location to location solving complex environmental puzzles involving elaborate gadgets and tools.

The House of Da Vinci games look a lot like Fireproof’s The Room. It has the same steampunk aesthetic and environmental puzzle gameplay.

It enjoys the same level of acclaim, too, with close-to-perfect average user ratings for all three games across Android and iOS.

But the comparison only takes you so far.

Blue Brain Games has taken the concept and run all the way across renaissance Italy with it. They’ve added story elements, action sequences, motion capture cut-scenes, and more. If you like puzzlers, it’s a total no-brainer.

Okay, back to those codes. There are ten up for grabs, five on iOS and five on Android. To put yourself in the running, all you need to do is answer the following question:

What is the name of the protagonist in The House of Da Vinci 3?

You shouldn’t have too much trouble digging up that factoid. Once you’ve got it, reply with your answer on Twitter of Facebook via the corresponding post to this article – or comment on here. You have a week from today to enter.

Win a House of Da Vinci 3 code for iOS and Android – click below to find out how to grab yours! https://t.co/ll2q0iictX pic.twitter.com/rxLf8kzLwb

And don’t forget to tell us whether you want a code for iOS or Android.

You can download The House of Da Vinci 3 on iOS and Android now.

Doomsday: Last Survivors Is a Strategy MMO with Horrible Zombies, Out Now on iOS and Android