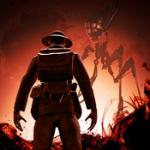 Does anyone else feel like The History Channel confuses the word “history” with “fan fiction” an awful lot nowadays? But while that’s aggravating as crap for an amateur historian such as myself, it’s also downright riveting for a video game nerd who loves the idea of trench warfare against aliens. With that in mind, allow me to introduce you to a new concept: The Great Martian War.

Set in an alternate World War I period (and based on a made-for-TV movie of the same name that aired last fall, because WHY WOULDN’T THE HISTORY CHANNEL MAKE A MOVIE ABOUT MARTIANS), The Great Martian War is an endless runner destined for the App Store and Google Play on February 5.

If you’re getting a little tired of endless runners, we get it – but don’t judge until you’ve seen the trailer above. There’s just something about World War I soldiering pitted against an HG Wells-style terror that’s just has video games written all over it.

Watch the skies for our full review next month.