The Game Journo Guides Series: An Interview on Interviewing with Nathan Meunier 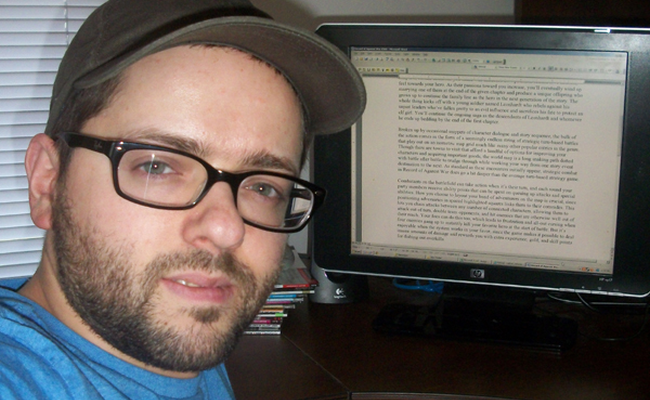 When we last spoke with Nathan Meunier, freelance writer and video game journalist extraordinaire, he had just published the first entry in what was to become a series of guidebooks for hopefuls looking to follow in his inky footsteps.  That book, Up Up Down Down Left WRITE: The Freelance Guide to Video Game Journalism, covered a plethora of topics that are bound to hound the would-be journalist, including composing pitches, covering gaming conventions, and even getting your pajama-clad daily routine in order.

His next entry in the series, Interview Fu: The Game Journo Guide to Conducting Killer Interviews, explores one of UUDDLW‘s many topics in greater depth and is already available for purchase in print or Kindle formats.  We soaked up all of the knowledge present in this new guidebook and used it to pry even more wisdom from the mind of 10-year writing veteran Meunier.

While interviewing is covered at a high level in UUDDLW, Interview Fu provides a hyper-focused expansion of the topic that was previously confined to a single chapter.  Meunier also expanded the section on pitches into a longer, specialized PDF titled “12 Ways to Improve Your Pitches” after readers responded with overwhelming positivity to its coverage in UUDDLW.  “Interview Fu wasn’t driven as much by reader response as it was by my own desire to fill an inadvertent void in UUDDLW,” Meunier told Gamezebo.  “It’s one of several areas that I didn’t get into very deeply in the first book, in-part because it’s a big enough topic to merit an entire separate book.  It’s also a subject that’s near and dear to me, as readers of the book will discover.” 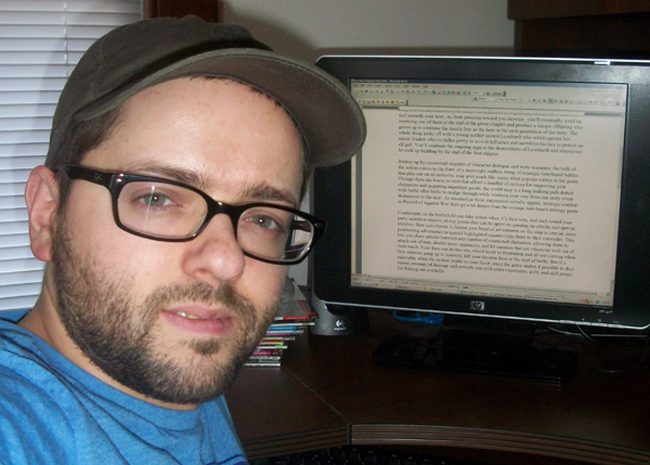 The decision to cover these two areas in greater detail was an obvious one for Meunier, who ranks them as the most critical skills for freelancers.  “Pitching is #1 in the must-have skill department for freelancers, I’d say, but knowing how to pull off killer interviews is a close second.  These two skills are very closely linked, too.  You might be able to land a pitched feature assignment, but if you can’t deliver on an editor’s expectations with the finished piece then you’re in trouble.  Unless you’re doing lightweight list-heavy stuff, most feature editors expect you to be able to pull off interviews and use them to make your articles shine.  Can’t do that?  Then you’ll find that the big features get kicked to other writers who have those skills.”

That’s where Interview Fu comes in.  While interviewing is a skill best honed through practice—and readers will be reminded of this frequently throughout the 138-page book—writers who crave those meaty features will find most barriers to entry drawn back and exposed in Meunier’s personal, lighthearted voice.  From deciding which articles are benefited by interviewing to hunting down sources, from preparing for worst-case scenarios to reviewing horror stories that actually occurred, the art of interviewing has been broken down into bite-sized chapters that make the usually daunting task seem manageable.

Even amidst tales of hostile interviewees brandishing guns at a remote location, Meunier is able to extract valuable advice and journalistic lessons.  “You’ll find that there are quite a few ‘fake’ examples littered throughout the book for certain sections, ranging from examples on how to phrase questions to how to edit interview transcriptions.  While many of these are silly and made-up, quite a few are based-on actual situations,” Meunier said.  “My ‘tales of troubleshooting’ horror stories are 100 percent real, and they’re also meant to serve as examples of what can go wrong and how to overcome these challenges.” 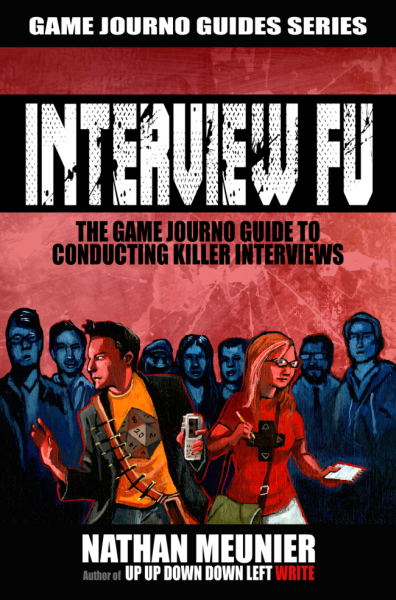 Overcoming those challenges and honing the skills presented in Interview Fu will bring readers that much closer to locking down the perfect interview.  “For me, a successful interview has a few key ingredients,” Meunier said.   “Making that personal connection to the interviewee so the interaction feels effortless and comfortable is important.  Then, it’s a matter of getting a balance of good quote-worthy material and useful background.  Walking away feeling the interaction was positive and knowing you got some great material to work with.  That’s what it’s all about.”  To help provide additional insight on these key areas, two bonus chapters have been added to Interview Fu that feature interviews (on interviews, very meta), with a number of other accomplished writers, editors, and developers whose advice corresponds with Meunier’s own but offers an alternate point of view.

Despite having published two comprehensive books and the shorter pitch guide in less than a year, Meunier has no plans to slow down.  He’s already begun work on another shorter, eBook-specific guide titled “Freelance Writing Hacks: 55 Tips for Word Mercenary Success.”  This mini-guide will offer tips and tricks for writers on topics ranging from productivity to social networking success, with each drawing upon personal anecdotes and stories from Meunier’s own experiences.  He’s also working on another long-form book that will cover the most critical freelancer topic—pitches—in all their glory, branching out from the already-expanded “12 Ways to Improve Your Pitches” PDF.

“My plan for that is to have the first half of the book be packed with those pitching tips, which go beyond the useful advice in UUDDLW. The second half will be an expanded section of actual pitches from my own career that were successful. Sort of like what I did with the two sample pitches in UUDDLW where I break each one down and talk about what worked and what could have been improved.”  And if budding freelancers fear all of this still won’t fill their brain cavity, the Game Journo Guides set is far from complete.  “I’ve brainstormed and blocked out plans for roughly a dozen different book projects, many of which fall within the Game Journo Guides Series,” Meunier said.  “With UUDDLW and Interview Fu out and ‘Freelance Writing Hacks’ on the way in a few months, I’m already well into writing the next few books in the series.” 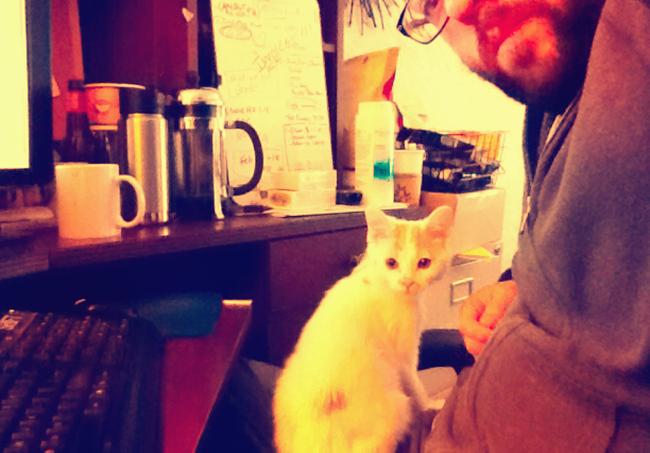 With all of his knowledge and life lessons on the market for other writers to absorb, is Meunier making it harder for himself to find work?  “For me, it’s pretty much all fair game.  I’ve had a lot of people ask me whether or not I’m shooting myself in the foot by offering up all this advice and insider info to readers who essentially want my job.  I don’t see it that way,” he told us.  “I’ve been helping out other writers and freelancers behind the scenes for years, and that hasn’t hurt me. Doing it a bit more publicly is just an extension of what I’ve been up to in my off time anyway.  I enjoy helping other writer comrades out and nerding out on talking shop.

“Instead of a desire to be looked upon as some ‘guru,’ I come at this as a fan of writing, a fan of the behind-the-scenes process, and a fan of doing things DIY. This is something I absolutely love doing, and self-publishing UUDDLW really cemented my desire to keep writing book-length work.  99 percent of the stuff I enjoy reading is non-fiction books.  I love learning new things, I enjoy helping others out, and most of all I love writing and the act of creating something from nothing.

Run for your life in Super Scream Queen

Catlateral Damage, Dungeonforge, and 48 other titles greenlight for Steam distribution