Home / News / The Game Graph: GREE’s Ethan Fassett on their publishing platform, our mobile future, and the real problem with app discovery

The Game Graph: GREE’s Ethan Fassett on their publishing platform, our mobile future, and the real problem with app discovery 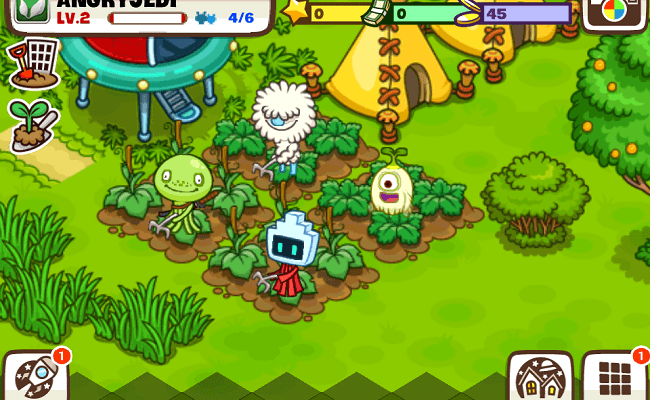 When Gamezebo founder Joel Brodie and I went to meet with GREE’s VP of Product Ethan Fassett at Casual Connect, I was under the impression that we’d be there to talk about the obvious: the “GREE Platform.” The mega-dev’s publishing platform has just entered open beta, and without sounding too jaded, events like Casual Connect often serve as soapboxes from which to chat about their latest initiatives, per the party line.

Five minutes into the conversation, however, and it became clear that even a company like GREE might still having something to prove. They may be top dog in their own field, but we’re still living in a world where mobile is fighting tooth and nail to get noticed. Or, to hear Fassett tell it, we were. Our interview picks up five minutes into our conversation, which has us questioning just that: how swings the balance in today’s video game ecosystem?

Ethan: “Some of the other booths, including Nintendo by the way, when I would walk by and they found out I was from GREE, it was really interesting what kind of attention we were given for it. I think it’s because the console industry kind of smells what’s coming. I think they smell mobile coming. I don’t think a lot of them understand how they’re actually going to make a play into it.”

Eli: It’s interesting to see big players like Sony make moves into the space with initiatives like PSMinis creating a sort of “Sony App Store.” But nothing seems as wide reaching as iOS, where you have everyone from GREE to small duos like NimbleBit creating games that get millions and millions of downloads.

Ethan: “These more traditional console companies will start to make a move into mobile, into social. And they’ll be coming into a space where you’re not just making a game that’s shipped on a device, but where you keep the game running. And [as a result], the different types of game genres are going to bend, and we’ll start to see really, really odd hybrids coming out. And I think when that starts to happen we’ll have another period of consolidation, where [once again] money kind of rules the day – it will be harder and harder to get distribution. Right now though it’s a great sort of transitional period so we’re seeing a lot of stuff take hold.”

“I’m actually  hoping we see some new game designs. As much as I love social and have benefited from it over the last couple of years, I’m really interested to see that model change.” 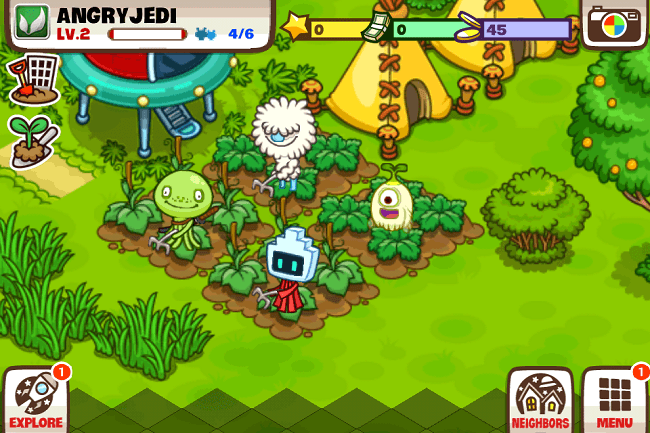 Joel: What do you think the new game designs are going to be? Does GREE have anything out there that fits the kind of description you’re hinting at?

Ethan: “I  could probably do some handwaving, and talk about different types of cooperative gameplay and things like that. I think that’s really interesting.”

Eli: Things like asynchronous gameplay fit the bill really well. Games like Hero Academy or Outwitters that allow you get the same fundamental experience as you do with multiplayer, but in bursts that accommodate the more mobile lifestyle.

Ethan: “In a sense. Things like a phone definitely do shorten your play time. I think a tablet though, you’re more often sitting on your couch. That’s more akin to sitting in front of your console. I think you’ll probably see longer session times there even as time goes on.”

Eli: What about the platform? Tell us about how that fits into this landscape.

Ethan: “So we just launched and we’re now in open beta, and what we’re doing right now is seeing how well that goes. We’ve launched a bunch of first party titles, and third party titles are starting to come online. But then again, our games are really well tuned around the use of the platform [and its features], so I have to wait and see how third parties use and adopt it.” 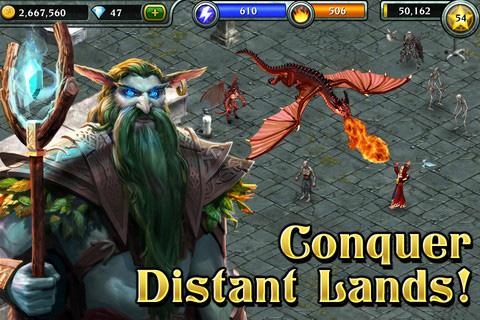 Joel: What’s the mix here? In terms of plans for first party vs. third party adoption.

Ethan: “Well the only thing we control completely is first party content, but the plan for third party is as fast as possible. We’ve just announced four titles yesterday, and I think you’ll see a lot more of that happening over the next two months.”

Joel: And what’s the benefit of a developer going on your platform vs. simply going out on their own?

Ethan: “First and foremost, going on your own right now means that you’re going to spend a lot of money on acquisition [ads, install purchases, etc.]; and it also means that you really, really have to focus on monetization. Having a platform immediately improves acquisition, because you’re able to use the social graph to catch the attention of users in the system.

“And in terms of reengagement, as you lose a user on your own game, you generally have to go back and reacquire that users off of the market. And you need yet more advertising in order to do that. If you’re able to use notifications and requests and go through social graph, you can reengage that user at a much lower cost.”

Eli: So is the social graph then something you’d say is the platform’s most unique feature?

Ethan: “So in many ways the social graph is something that’s used by almost every platform, and a game can of course create it’s own social graphs and relationships. It’s being able to link those up across a broader network that adds value for your user. I think what we want to do is not look to replicate a facebook, but instead try and enable more game-specific types of relationships.

“I don’t have to know you to play a game against you, and to compete against you. Or to have you help me earn items by performing basic actions, in a quid-pro-quo relationship. Whereas in the world of Facebook it’s very difficult to make these requests or cultivate these friendships if you don’t actually know the person in the offline world.” 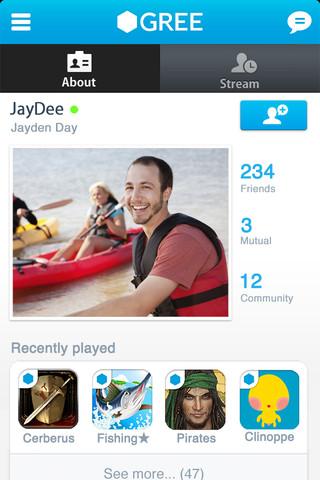 Joel: Do you think there’s more or less value to having a friend play with you over say a stranger?

Ethan: “Well it really depends on the type of game experience that you’re having. In some cases it might be important that I know you, that I have an emotional investment in you. Or…I might care more about kicking you butt at a game! The fact that you’ve done something might even indirectly apply social pressure to me…because hey, you’re doing something, and I just want to be generally better at life.

“However, if you look at core gamers on social games, they actually don’t really give a shit. They often need a mechanism to go through these games as fast as they can…they’ll add friends just to get through gates. Their relationships will be very, very loose. And then there are instances where you have a degree of [player vs. player] action, and to do the matchmaking algorithms, you need to have a certain amount of data available to you. And so we have a much better insight on that, and a more specific knowledge of gaming, and that’s something we can bring to the table with this platform.”

Eli: Do you feel that we’re going to see more emergent platforms and networks to aid in the din of 650,000 apps [on the App Store], or do you feel Apple needs to do something internally?”

Ethan: “I definitely think that their algorithm needs to change. If you look at the specs for iOS 6, already they’re going to start layering Facebook on top of the App Store… liking apps. I think it’s very easy for them to start using that metadata to start influencing rankings. I think that probably gets you a lot. You’d be surprised at the fact that you can come up with really fancy algorithms to try to eek out another 20% improvement in resolution, but really simple things can get you tremendous results.

“On another hand, I’m actually not so sure that there is  a discovery problem. I think there is a publisher problem, and I think there’s an advertising problem. I think that there is a hardcore segment of people that really just need to find the latest game. Visiting the App Store every Thursday. But for the vast majority of the population, my friends, and people I know, they’re not freaking out about what game to play next. It’s not a search problem, because very few gamers are concerned with search.

“I think it’s a promotional [tool] problem. I think you need more platforms to allow developers to put their app in front of more users. Because there is a very big appetite for this content. I think that may be the discovery problem. Discovery implies that I can’t find something. I have an intent, and it’s not being served.”

Joel: So arguably you’re saying it’s a problem on the industry’s side, not the user’s side.

Ethan: “Exactly right. And that’s why I call it a promotional problem. The law of supply and demand for these games is basically, ‘how many freaking games can I play at one time,’ and there very likely is a saturation point on this. But we’re not even close to hitting that demand point. And while the App Store may be good at meeting some of that demand, what you ultimately need are more ways to make those discoveries.

“And that’s how we look at it. We think about those ‘mom & pop’ developers and we ask, how do we enable a really strong platform in a way in which those people can get just as even a footing as a major developer or publisher. That’s what we look at.”

Joel: So what exactly is GREE doing that’s different to ensure this happens?

Ethan: “One thing we talked about was the creating of these sorts of relationships. So I’ll focus on how we’re innovating what I call the Game Graph. I think that we need to stop looking at mobile-social in the Facebook paradigm. That’s a really simple equation, and there are a number of other methods for getting a game in front of a person that are targeted, relevant, and driven algorithmically.”

Eli: So are you talking about better advertising techniques?

Ethan: “Potentially. That’s definitely one way to do it. Right now, there’s a very binary experience.  For example, I’m playing a game, and I’m going to click the OpenFeint tab and go into that experience. It’s as if I switched worlds. More often than not though, all I really want to do is play a game. So we need to figure out ways we can modularizethe features of OpenFeint, or of GREE, or of any of these platforms. We want to start introducing content from GREE during gameplay sessions, so we can insert things in a way that is not critical to gameplay.

“What we want to do, yes, is look at ways to improve advertising – say when a user is at their peak in gameplay – but it’s more than that. It’s about creating an experience that’s seamless.”