The French plan an invasion of their own with Le Game 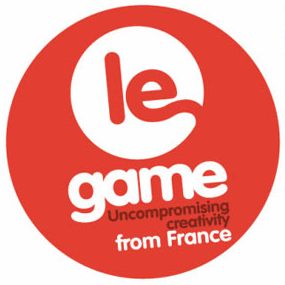 When most folks think of video game development hotspots places like San Francisco, Japan, Washington and even Texas come to mind. One country you definitely don’t think of is France, but that may be changing with the announcement of Le Game. The new brand is the brainchild of the National du Jeu Vidéo (NDJV) and the French government, and its stated goal is to raise global awareness of all the great work coming out of French development houses and publishers.

“Today’s videogame industry competes on a global scale, and Le Game will allow France to structure its message of uncompromising creativity, quality and talent,” said Nicolas Gaume, Chairman of the SNJV and founder of Le Game. “All around the nation, this represents a major step forward for our industry.”

The funny thing is that France really is home to some great developers who make amazing games, but almost no one knows it. Big-name franchises like Rayman, Prince of Persia and Assassin’s Creed all spring from French publisher Ubisoft, and the heady, impressive Heavy Rain was created by French developer Quantic Dream. Now with Le Game, we’ll hopefully learn even more about some of the great games that are coming out of one of Europe’s most culturally-rich nations.

It’s also great to see government getting involved in gaming in a positive way. Too often the stories we read are about government officials calling out games as bad for society or trying to pin all the world’s ills on the latest first-person shooter. We’re excited to see how Le Game celebrates the gaming culture rather tearing it down.

Unreal Engine, coming soon to a browser near you