The Franz Kafka Videogame gets an absurdly awesome first trailer 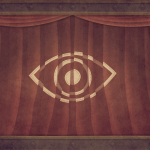 As a Literature major for life, I’ve read more than my fair share of Franz Kafka throughout my college years, so the idea of a new video game that’s actually based on the famous German author’s classic body of work is really bringing out the book nerd in me. Mostly because now I can use terms like “Kafkaesque” while writing something for Gamezebo!

The Franz Kafka Videogame itself was first teased a good while back, but now a few more interesting tidbits of information about the literary adventure have begun to surface this week, along with a truly fascinating debut trailer. For starters, the overall plot of The Franz Kafka Videogame will be based on a number of Kafka’s own writings, such as “The Castle,” “Amerika,” and the high school English class staple, “The Metamorphosis.”

In the game, players will take control of a character named K, who sets off on a distant voyage after being offered a new means of employment. And naturally, that voyage will quickly spiral into an adventure filled with “absurdity,” “surrealism,” and “total uncertainty,” as one would only expect from something that bears the Franz Kafka name.

And that’s really all we have to tell you about The Franz Kafka Videogame right now, other than that it will be coming to iOS, Android, PC, and Mac platforms sometime in 2014, and that we really can’t wait to play it. Don’t forget to check out the debut game trailer that’s embedded in this page up there, and feel free to start your very own Kafka literary circle down in the comments section!