Home / News / The Fisherman’s Dilemma: Where is the line between inspiration and rip-off?

The Fisherman’s Dilemma: Where is the line between inspiration and rip-off? 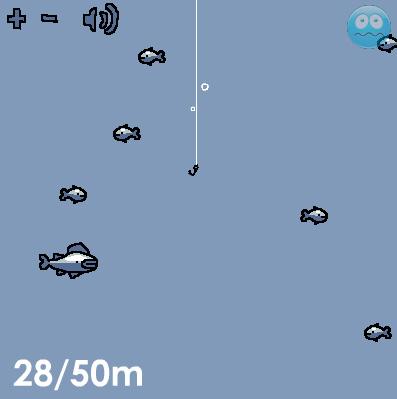 Here at Gamezebo, we’ve recently published a glowing review for a new iPhone game called Ninja Fishing. We certainly weren’t alone in this – IGN and 148Apps both gave it high marks. In fact the game is sitting at an 8.6 on Quality Index and an 81 on MetaCritic – clearly this is a title that’s getting some love. So why are some people getting upset over it?

It all has to do with a little game called Radical Fishing. A free web game released in the last year, Radical Fishing serves as a clear source of inspiration for Ninja Fishing. Both games have players guide a fishing line as deep as they can, catch fish as they reel it back in, and then toss the fish in the air to destroy them. It’s as cookie cutter as they come… but is that anything new on the App Store?

Angry Birds was just a great re-working of Crush the Castle. Tiny Wings is a blatant re-skinning of Wavespark. Even Real Racing is just Firemint’s attempt to cash in on the popularity of games like Gran Turismo and Forza. Re-interpretations happen all the time. At the end of the day, it’s less about what was borrowed and more about what was done to improve upon it.

Also, there’s something to be said for how the developer whose work served as inspiration reacts. 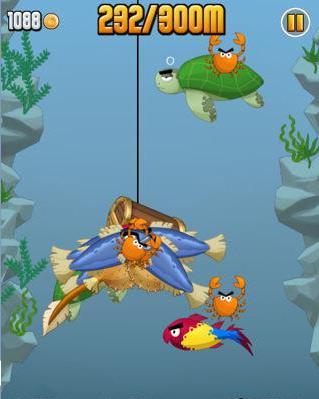 When asked about the sea of Cut the Rope copycats that have surfaced over the last year, ZeptoLab’s Semyon Voinov told us that he felt “good about inspiring developers.” Not only that, but he readily admits that “while developing Cut the Rope further, we are still learning from games that have already been successful.” Good ideas in, good ideas out. Seems like a pretty good attitude to me – though some might argue it’s much easier to take that stance after you’ve already made your millions.

Nathan McCoy, however, is a developer that hasn’t. Nathan was responsible for Wavespark, the game that Tiny Wings blatantly “ripped off.” Nathan addressed the situation in a blog post back in February, and while he described himself as “more than a little miffed,” he also made a very solid argument on why situations like this need to be able to happen: “you can’t copyright gameplay – objectively [this is] a good thing, as there’d be no room for incremental innovation or variations on a genre, things necessary for the health of games as a whole.”

And if incremental innovation is the positive end result of copycatting, how many clones have to come out of a game before we make the distinction between “rip-off” and “genre”? Technically speaking, every first-person shooter is a rip-off of Wolfenstein 3D – but nobody says that, because it’s a ridiculous statement to make. Still, if nobody had copied that formula in the early 90’s – if there hadn’t been Marathon and Dark Forces and System Shock – would first-person shooters have been anything other than a historical curiosity? And since id Software invented the formula with Wolfenstein and Doom, should that somehow give them exclusive rights over first-person action games? According to McCoy (and probably everyone reading this) the answer is an emphatic no. So what gives the Radical Fishing folks exclusive dominion over the gameplay they’ve invented?

It should also be noted that, while we’re talking about whether or not borrowing gameplay constitutes theft, there are some developers out there who really do fall victim to plagiarism in an undisputable manner. Halfbot Studio’s The Blocks Cometh was stolen outright by developer EdisonGame, who released it on the AppStore and only changed the game’s character (who, in EdisonGame’s version, was stolen from another game – The League of Evil). Likewise, I can’t count the number of times I’ve seen Nintendo’s classic Duck Hunt hit the App Store by some closet developer, and the number of straight up Asteroids ports for iOS makes my head spin. After awhile, Atari’s legal team must have just given up the fight. 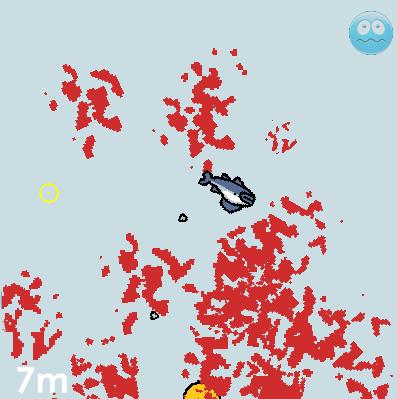 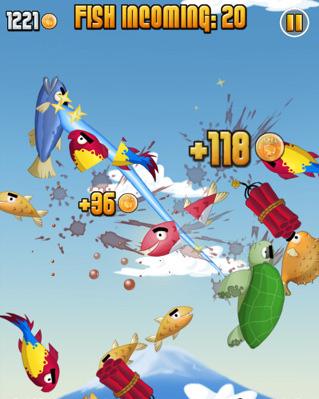 While Ninja Fishing does copy the gameplay of Radical Fishing, it’s not simply a straight-up cut and paste job like the games mentioned above. In fact, Ninja Fishing makes a number of the incremental innovations that McCoy described as being “necessary for the health of games as a whole.” Rather than going for the gore of exploding fish, Ninja Fishing opens the experience up to a wider audience through its family-friendly presentation. Rather than shooting the fish with a click of the mouse (or the iOS equivalent, a tap of the finger), Ninja Fishing has you swiping to slice and dice the fish, drawing clear inspiration from yet another game – Fruit Ninja. Ninja Fishing also made smart use of the iPhone’s inherent capabilities, allowing players to tilt while guiding the line.

We’ve had numerous concerned readers lately asking us to address how Ninja Fishing “rips off” Radical Fishing, and with this editorial, I hope we’ve covered that ground adequately. It’s also worth mentioning that while Ninja Fishing might be the first Radical Fishing inspired game to hit the App Store, it definitely won’t be the last. Radical Fishing‘s creator Valmbeer has teamed up with indie game dev all-stars Greg Wohlwend (Solipskier) and Zach Gage (Bit Pilot, Halcyon) to create the upcoming Ridiculous Fishing, the iOS successor to the original web game. And judging by our preview, it looks every bit as good as the competition – if only a little gorier.

CrowdStar takes It Girl to Russia