Home / News / The Facebook gaming gold rush may be drying out

The Facebook gaming gold rush may be drying out 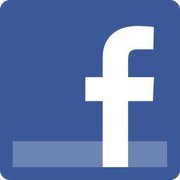 If you happen to work for a company who believes their upcoming Facebook game is going to be a huge success, then you may want to pump the brakes. A new report from IHS Screen Digest Media Research seems to indicate that the party may be over for Facebook games. According to the report, Facebook gaming has taken a nosedive from its heyday in 2009 and 2010. Last year the percentage of Facebook users who were there for the games dropped precipitously from 50 percent to 25 percent, and things don’t look to be turning around anytime soon.

“Facebook rocketed to prominence as a gaming platform in 2009 and 2010,” said Steve Bailey, senior analyst for games at IHS. “However, with equal speed, the market then settled into a state of maturity in 2011, with conditions becoming markedly more challenging for game operators. While Facebook remains a worthwhile opportunity for companies able to meet these challenges, the tone of the market in 2012 will be somewhat muted compared to the optimistic outlook of the past few years.”

The primary issue, according to IHS, is that the cost for companies to acquire new users has grown to a staggeringly high level. After Facebook cracked down on games spamming news feeds, most companies all but lost the ability to reach new players via word of mouth. That means transitioning to more traditional, more expensive and less effective forms of advertising. And growing player expectations is also driving up cost.

So now we have to step back a moment and wonder if Facebook gaming is a bubble about to pop, or if we’re simply seeing an evolution where there are fewer Facebook games published by a handful of larger studios. It’s hard to imagine Zynga, Playdom or PopCap giving up on the social gaming space, but it may soon be that only companies of this size can actually afford to create and promote Facebook games at all.

Deep Realms was closed more than a month ago – why didn’t anybody notice?