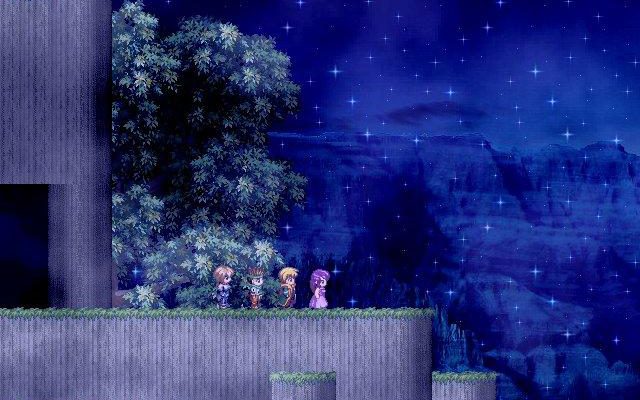 It’s no secret that a fair amount of gamers are disenchanted with the current state of gaming. They pine for simpler times, when pixels ruled the world and games didn’t borrow so heavily from the realm of cinema. Just about every genre has seen the same transition, but RPGs have probably been dealt the worst of it.

It’s not that modern RPGs are bad, necessarily – there are just a lot of people who wish they hadn’t veered so far off the path established in the 16 and 8-bit era. It’s a problem, and one that Aldorlea Games is looking to remedy with their steady output of retro-inspired titles for PC. I recently spoke with Indinera Falls, the veteran developer who founded the company back in 2008.

For those unfamiliar with the Aldorlea brand, how would you best describe your work?

Aldorlea Games develops independent RPGs in a retro “old-school” style reminiscent of classics of the 90’s such as Final Fantasy, Dragon Quest or Phantasy Star. Those games were amazing. Nowadays, the genre has almost entirely disappeared. Our games focus on creating immersive worlds, addictive gameplay, unique characters and incredible stories. Length is also one of our great strengths, an Aldorlea signature – we want players to get a lot for their dollar. Our games always have plenty of secrets, sidequests and it’s not uncommon to hear players commenting on the fact they found something new after a third or fourth playthrough.

So if you haven’t forgotten 2D RPGs and still enjoy these marvelous games, come visit Aldorlea. You won’t be disappointed! 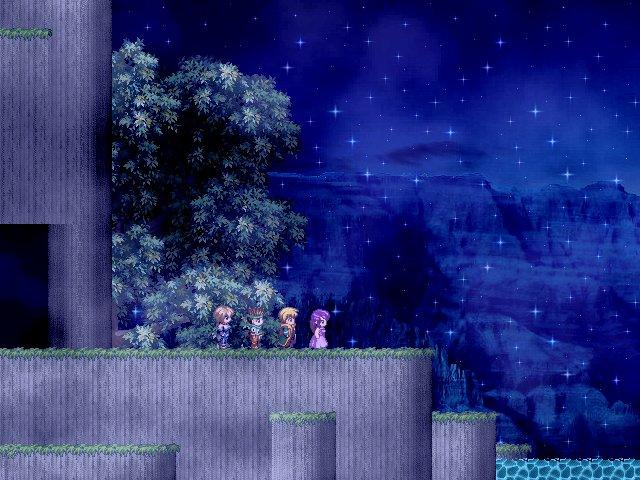 Screen from Millennium 4: Beyond Sunset

Were you a fan of RPGs growing up? Did that inform your decision to make them?

I used to be a huge fan of RPGs (and still am), especially the ones from the 16-bit era. Games like Phantasy Star IV, Shining Force, Breath of Fire 2 and Final Fantasy III are among my favorites EVER. I could play for hours back in the days of my childhood. You know, the feeling that you are going to stop only AFTER finding out what comes next, and then you always have to find out more…

As for your second question, I would say ever since I was 16, I wanted to create my own RPG. I would create games on sheets of paper and have my brothers or friends play them. Looking back, I am happy the Internet has made my dream come true. I still have plenty of stories to turn into games, and hope I’ll get there eventually.

Is there something about old school RPGs that you prefer to modern ones?

Hmmm. I prefer a lot of things, in fact. I find 2D art prettier, in the sense that I can relate to it more easily. I think 3D is not quite as effective to render the beauty of fantasy, especially when it comes to characters or creatures. If you look at the title screens of Asguaard or Millennium, there is a charm that is specific to 2D art.

Modern games also tend to rely too heavily on technology, usually at the expense of gameplay or plot – as a gamer, I don’t really care for cinematics or voice acting. What I want is a good plot, a rich world full of secrets, colorful characters, fast and to-the-point gameplay, and old-school RPGs have them all. 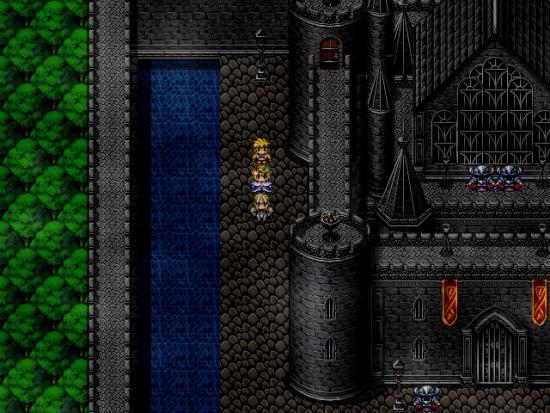 Screen from the upcoming Moonchild

It’s not too often you see a female as the main protagonist in an RPG. Was this part of what inspired you to do so in Moonchild?

For Moonchild, I wanted a strong female lead who would be put in an extreme situation and have to make important decisions in very little time. I wanted her will and courage tested.

It’s true, there aren’t that many female leads nowadays in games, but Aldorlea has made a lot of efforts through the years to balance things out. Play Asguaard, or the Millennium saga, and you will see great heroines that will give a run for their money to all heroes out there!

Where do you come up with the story ideas for your games?

It’s a tough question as I don’t really have the answer. Ideas usually come at random. I like stories, I like emotions, I like surprises, I like plot twists, and I’m usually very observant and like to think outside of the box – I suppose if you shake all this, you obtain a story. I have noticed listening to music gives me a lot of inspiration, too. It’s my personal muse. I love how music connects to my mind and spawns scenes taken from a dream or a battlefield…

Being indie, do you feel like you have the autonomy to do as you like when creating games?

Yes. That said, I do listen to my fanbase and frequently have discussions with players through the Aldorlea forums. It is important to always take into consideration people that have and still support you. Their opinions are invaluable. But I remain my own boss and ultimately take the decision what to include (or not) in the games produced by Aldorlea. 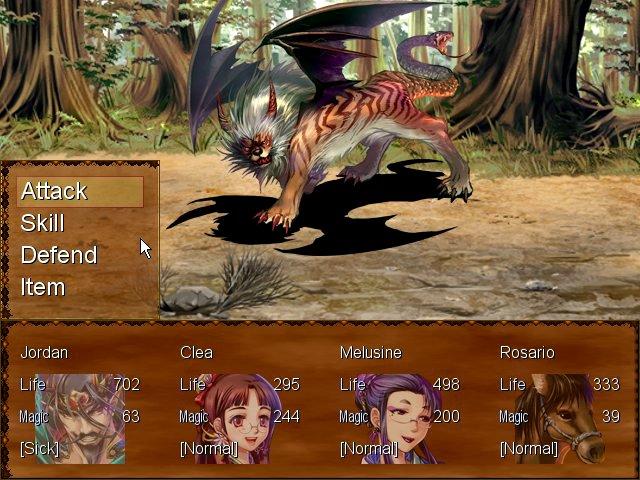 Screen from The Book of Legends

What’s currently in the pipeline for Aldorlea?

We have a busy schedule for the second half of 2012. Moonchild should be out this summer. Then Millennium 5 should be next. It will be a huge event for us and its fanbase – the conclusion of an epic saga started in 2009 with Millennium – A New Hope and that has since then become a player’s favorite. Millennium is my best-seller, so I hope the final installment will live up to the rest of the saga!

Once I’m done with these two, I want to release Little Hearts, a game revolving around an orphan boy – it should be a very emotional story. But let’s face it, it probably won’t happen before 2013. If it does, then that’s great, but I’d rather not be delusive about it!

Have you guys considered releasing games on platforms other than PC?

Yes, definitely. But technical constraints have made it impossible so far. If someone is reading this and think they can port the Aldorlea games to platforms such as Xbox, Mac or any other, feel free to contact me.  🙂

Thanks so much for your time!

Thank you for taking the time to interview me. Hope you will enjoy Moonchild, Millennium 5 and all the rest!

The Angry Birds pig spin-off rumor is back – but is it real this time?