Home / News / The Cave is coming to iOS this summer

The Cave is coming to iOS this summer 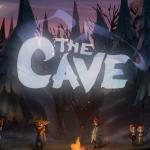 I had a wonderful time playing Ron Gilbert and Double Fine’s imaginative puzzle platformer The Cave earlier this year, but something about adventuring through the dank and craggy environment in the comfort of my brightly-lit bedroom didn’t let me truly feel for those fearless explorers in the game. Well now it looks like you’ll actually be able to take The Cave outside with you into the world, and play through the fantastic and humorous platform adventure in an actual cave if you really wanted. Talk about dedication!

TouchGen has confirmed from the frontlines of E3 that an iOS version of The Cave is currently in the works, and they even had a chance to demo the new touchscreen experience at the popular entertainment expo to see how the game looked in action. Instead of using virtual thumb sticks to move your Adventurer or Scientist around all the murky attractions in the titular Cave, the iOS version will incorporate a more gestured-based tap and drag control scheme.

Players will be able to switch between their three different explorers with a simple tap of each respective character icon, and the hilariously observant voiceover narratives from the Cave itself are also said to be fully intact.

We gave the original PC and Mac version of The Cave a near perfect score in our review, so if you’ve never tried this must-play title before, then now you’ll have even more opportunities to do so. We’re still waiting on more official details about The Cave’s upcoming iOS debut, such as the pricing and specific release date, but it looks like we can probably expect to get our hands dirty with the game by the end of the summer.