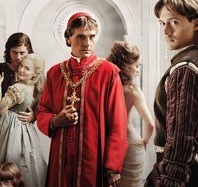 The Borgias is a Showtime TV series that tells the story of “the original crime family,” the titular Borgias family, in 15th century Rome. The first season debuted this past April, and soon a game based on the show will be coming to Facebook, developed by the same team behind Weeds Social Club and the upcoming Dexter: Slice of Life.

The game will follow the first season of the show, putting players in the role of an up and comer within the Borgias family. It will feature a mission-based structure and a high level of customization, letting players create their own villages and businesses.

There may be a lot of crime-themed games on Facebook, but according to Marc Fernandez, Ecko|Code’s executive vice president of product development, what will will set The Borgias apart will be a combination of setting and game mechanics.

“I think that one of the biggest distinguishing factors is the environment we’ve created,” he told Gamezebo. “We’ve gone to great pain and a lot of effort to create Roman architecture from that time period. So the way that St. Peter’s Basilica looked like, the Pantheon, different neighborhoods, and the architecture itself definitely is something that will set us apart by the way the game looks.

“And also I think another thing that will set us apart is the complexity of the game,” he added. “Yeah there’s a lot of crime games out on Facebook, but at the same time I think that you’ll be surprised at the level of game mechanics that our game brings to the table. It’s definitely a step up.”

No specific release date has been announced for The Borgias, but it’s expected to launch sometime after Dexter: Slice of Life in October.

Stay tuned to Gamezebo for the full extensive interview with Fernandez later today.

Maybe HTML5 is the Real Deal After All?